Welcome to the WHAT THE TRUCK?!? newsletter sponsored by Legend Transportation Inc. In this issue, freight and diesel costing an arm and a leg, warehouse unicorns, the war on packaging and more.

Sweet relief for shippers? — The national dry van spot rate average dipped 7 cents to $3.24/mi inclusive of fuel. Shippers haven’t seen rates this low since Valentine’s Day. Unfortunately, this love letter to senders still stings as rates remain highly elevated. Freight volumes and rejections were down slightly this week, but markets remain a mixed bag. As Andrew Cox wrote, “Year-over-year comparisons are becoming increasingly more difficult given the 30% surge in volumes on the back of consumer panic buying and hoarding at the beginning of the pandemic.”

Where’s my stimmy? — As Americans across the country wait with bated breath for another round of stimulus checks, we remain watchful of retail inventories. Shoppers intent on going on a buying spree may find products they want out of stock. As earnings come out, we’re learning more and more about the scope of COVID-related supply chain disruptions and their lasting impact. In the past week, Yeti spoke of a 25% YoY inventory drop while Foot Locker recently reported a 23.6% inventory drop.

“LTL has become the catchall. The average parcel shipment is going up in weight and size as people are buying everything online. And then you have the truckload capacity issues. So everything is just kind of being thrown into the LTL bucket.” — Curtis Garrett, VP of pricing and carrier relations at Recon Logistics

LTLOL — Full truckload isn’t the only mode with more freight than it can handle. As LTL becomes a catchall for e-commerce, traditional shipments and runoff from full truckload, carriers are struggling to keep pace as they balance revenue with cost. Todd Maiden reports, “In recent months customer acquisition costs, largely due to a robust freight market, have never been cheaper, but driver acquisition costs have never been higher.” Who’s footing that bill? In many cases, shippers are through rates and GRIs. GRIs are up around 4.6%-6%, with some lanes coming in at 20%.

I drink your milkshake. I drink it up!

Pain at the pump — While spot rates were down slightly this week, the same can’t be said for fuel. The DOE/EIA diesel price landed at $3.191, an increase of 4.8 cents. John Kingston reports, “For the 19th consecutive week, the average retail diesel price published by the Department of Energy’s Energy Information Administration has risen.” The price is now up 81 cents since November. Diesel hasn’t been this expensive since December of 2018 and this 19-week run has topped the previous record of 15 consecutive weeks of increases. OPEC deciding not to increase production came as a shock to many but it wasn’t the only factor driving prices up.

“Diesel prices have moved up on several factors but there are two that stick out. First, all commodities are surging, everything from copper to lumber. Second, supplies of both diesel and crude oil have been affected by the Texas freeze. The shutdown of Keystone XL was the closure of a project to build a pipeline. There was no cut in supplies now as a result of it.” — FreightWaves’ John Kingston

A little more Nimble — Nimble Robotics announced a $50 million Series A financing round that the company plans to use to build more bots and hire more humans. The e-commerce warehouse fulfillment automation company already has its automatons in several Fortune 500 warehouses picking over 100,000 items per day.

Buy it now — COVID-19-related boosts in online shopping resulted in an additional $174.87 billion in ecommerce revenue in 2020, DigitalCommerce360 estimates. Without the pandemic, the site opines that the $861.12 billion in U.S. e-commerce sales in 2020 wouldn’t have been reached until 2022. In fact, online sales accounted for 101% of all retail growth during the pandemic.

Land of the unicorns — With many warehouses acting as COVID hotbeds, the race to automation has never been quicker as has the velocity of funding. Just four weeks ago, Locus Robotics hit unicorn status with a Series E round that put its valuation above $1 billion.

The war on empty space

Dimensional space — Why does it seem like most packaging designers have no understanding of what dimensional freight is or the shipping costs associated with excessive packaging? Although they won’t listen to the big brains over in supply chain, the push for sustainability may help solve this issue anyway. Aldi has become the latest grocer to commit to affordable sustainability. The company plans to reduce packaging materials by 15% and convert all ALDI-exclusive packaging to reusable, recyclable or compostable materials by 2025, according to a press release.

Is the consumer buying it? — Only 42% of consumers are willing to spend more for recyclable packaging, according to a CBA study. That means freight may be the best opportunity to deliver consumer wants and align them with what they’re actually willing to pay for while still maintaining margins. There’s still the issue of consumer behavior, though. Only 22% of those surveyed by CBA believe that companies are reducing package size for the benefit of reducing packaging material. The zoomers may save us, as they’re twice as likely as Millennials to buy products because they use sustainable packaging.

When Arizona freezes over

Texas isn’t the only frozen tundra — Drivers reported being stuck for over 10 hours on Interstate 40 west of Flagstaff, Arizona, after a winter storm on Saturday night caused half a dozen collisions to shut down the stretch of highway. Hundreds of motorists were forced to spend the night in their vehicles with no food and dwindling fuel supplies.

On track — Mum’s been the word on the Tesla Semi since it was unveiled in November 2017, and aside from a smattering of sightings on social media and a cameo in the parking lot at Battery Day 2020, few have seen it in action. Over the weekend, Elon Musk rolled out his class 8 prototype on a test track in Fremont, California. The company has said that it won’t begin production of the truck until it can make its own batteries but has claimed in its Q4 earnings call that it’ll deliver its first semis by the end of the year.

“Although Tesla includes a disclaimer that ‘currently enabled features require active driver supervision and do not make the vehicle autonomous,’ NHTSA’s hands-off approach to oversight of AV testing poses a potential risk to motorists and other road users.” — NTSB Chairman Robert Sumwalt

Accident could mar FSD — The U.S. government’s highway safety agency is sending a team to Detroit to investigate a crash involving a Tesla that drove beneath a semitrailer, according to the AP. Two people were critically injured last Thursday in the accident. As part of the National Highway Traffic Safety Administration’s investigation, they’re looking to see if the car was operating on autopilot or using its “full self-driving” software. In 2016 and 2019, similar accidents occurred involving a Tesla driving under a trailer, both times in Florida. NTSB Chairman Robert Sumwalt has urged the NHTSA to have more oversight of autonomous vehicles.

Truth is stranger than fiction

Recommended reading — Don’t miss Clarissa Hawes’ investigative report on a driver who says a trucking company threatened his family after he alleged illegal practices. This is the story we covered on Monday on WTT?!? but you’ve really got to read the whole thing as this story touches on human trafficking, duplicitous YouTube ads, violence and eLog tampering.

Culture and mental health in supply chain — Last week I caught up with MoLo Solutions CEO Andrew Silver on FreightWaves Insiders to talk about the power of being a vulnerable leader and how that has translated into building an award-winning culture at his brokerage. We go pretty deep on this one, and if you’ve been waiting for leadership to address these types of topics, then just hit play on this episode. 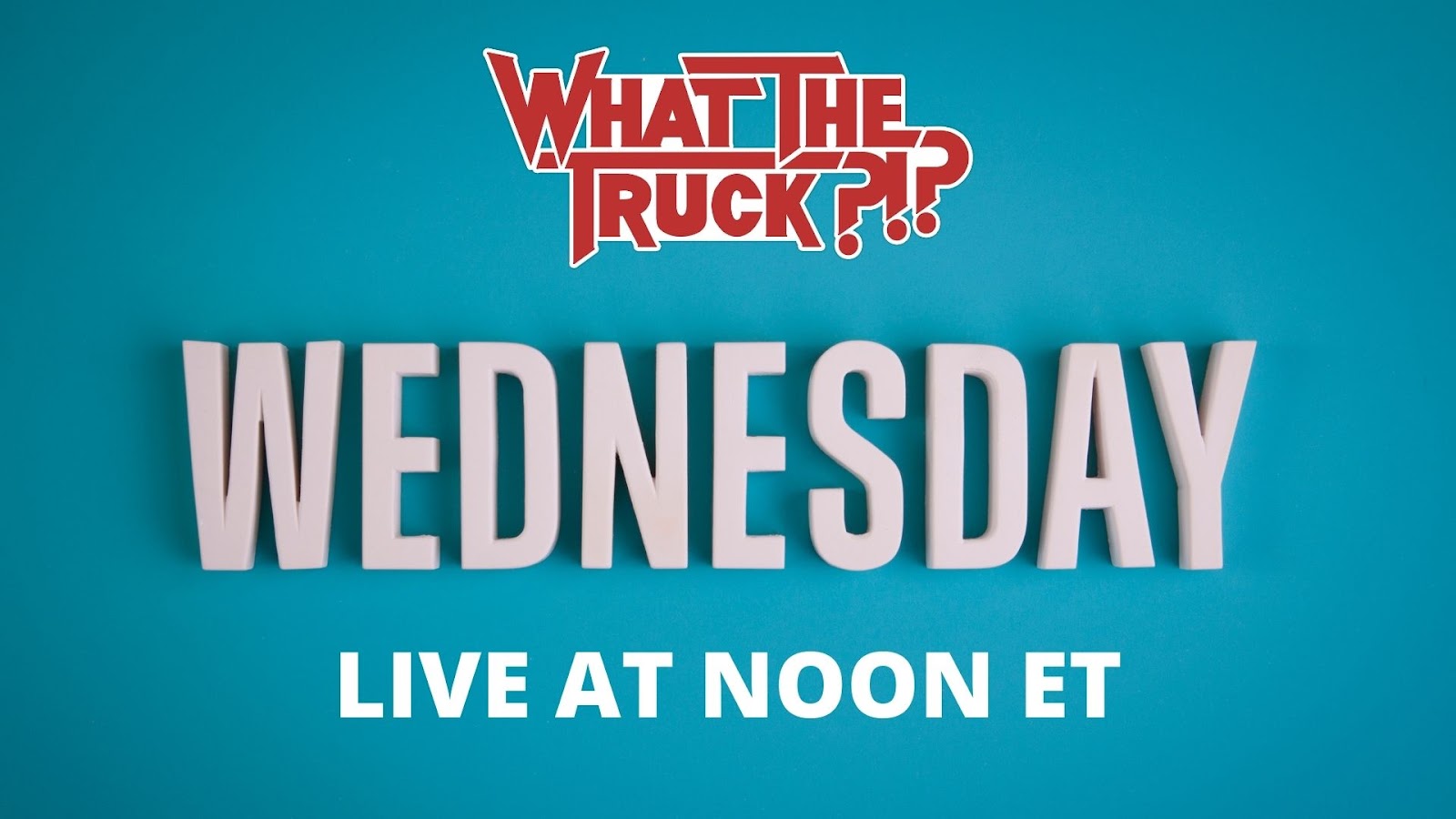 Laura Kriska, cross-cultural consultant and author, “THE ACCIDENTAL OFFICE LADY” — When she was just 22 years old, Kriska became the first American woman to work in the Tokyo headquarters of Honda Motor Co. On her first day, she was asked to trade her cream-colored Liz Claiborne suit for an ugly blue polyester uniform, which was the beginning of many “us-versus-them” rules. Kriska quickly learned how to build connections across differences of language, ethnicity, race and gender to create a WE approach.

Brett Suma, chief executive officer at Loadsmith — By sourcing a fleet of CNG trucks, Loadsmith helps transform Santa Barbara County’s landfill into a sustainable long-term solution. Suma shares with us how this was accomplished.

Chris Peckham, vice president of operations, Freight+ — The Good Will Hunting of supply chain brings his vast career knowledge to the show. Peckham has worked for some of the heaviest hitters in transportation, including Wayfair, The Adidas Group, SharkNinja and Clean Harbors.

Catch new shows live at noon ET Mondays, Fridays and Wednesdays on FreightWavesTV, FreightWaves LinkedIn and Facebook or on demand by looking up WHAT THE TRUCK?!? on your favorite podcast player.

The dog days of freight

Not a stupid question … this time

Want a new WHAT THE TRUCK?!? shirt and hat? Check out the swag store.

Dooner is currently creating new podcast, radio, video, and multimedia content for FreightWaves. He is also a TEDx speaker. Dooner, a 16-year supply chain industry veteran who has held directors positions in operations, sales, consulting, and marketing. Having worked with FedEx, Reebok, Adidas, L.L. Bean, Hasbro, Louis Vuitton, and many more high level clients across the full spectrum of the field. You can watch and listen to him on WHAT THE TRUCK?!?, FreightWaves Morning Minute, and FreightWaves Insiders podcasts.

The future is bright for electrification

Biden vs. ocean and rail

I quit: The great resignation in transportation