Canadian Pacific is waiting for the Surface Transportation Board to render its decision on the proposed merger with Kansas City Southern. In the meantime, CP has been conducting interline tests to see how its service might compare to similar truck lanes. A bill before the Iowa Legislature seeks to restrict the length of freight trains operating in the state to 8,500 feet. 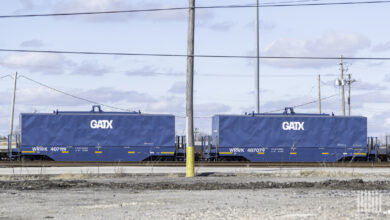 GATX optimistic about 2023 despite macroeconomic uncertainties The Surface Transportation Board recently took action on Union Pacific’s use of embargoes in the Midwest and rejected the Class I railroads’ request to delay a program related to smaller rate disputes. Norfolk Southern and partnering companies were involved in 159 industrial development projects in 2022 worth $3.2 billion. 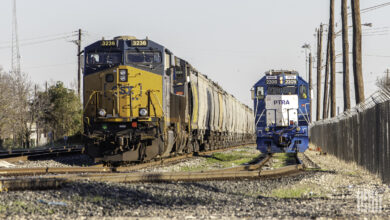 Like the other Class I railroads, CSX is bracing for macroeconomic headwinds in 2023. But continuing service improvements will lend support to the company, executives said during CSX’s fourth-quarter earnings call. CN will adjust its operating plan to run faster and potentially shorter trains and concentrate on courting customers where network capacity is available, executives said on the railway’s fourth-quarter 2022 earnings call. UP vows to improve service, craft employees’ quality of life in 2023

On Union Pacific’s list of resolutions for 2023 are plans to improve rail service, enhance quality of life for craft employees and achieve productivity gains, according to executives on the railroad’s fourth-quarter 2022 earnings call Tuesday.