Welcome to the WHAT THE TRUCK?!? newsletter sponsored by Legend Transportation Inc. In this issue, dogs in logistics, plus market crunches shippers, a look at Global Supply Chain Week, moving a house with a semi and more.

Rejects on the rise

Find another carrier — Last week’s winter storms saw freight volumes drop down like my Robinhood portfolio but not at pace with capacity, which went offline at a faster rate. As Zach Strickland wrote in his Chart of the Week, “It is unusual, but not as rare as one might think, for capacity to tighten and volumes decline simultaneously.” This week we’re continuing to see recovery in volumes (+5.17%) at a quicker pace than capacity, which is driving rejects to near-peak levels with more than 1-in-4 (27.59%) loads being denied.

Spot spotting — In a near unprecedented move, market volatility has delayed spot rates as markets are accounted for. We were at $2.85 last week, and we expect this number to be up even higher this week. Bad news for shippers as they’re not only dealing with elevated freight costs, but delivery and service delays as well. This couldn’t come at a worse time as retailers are desperate to restock inventories.

The most important part of the day

Officer Bico earns his biscuit — On Feb. 13, CBP narcotics K-9 Bico sniffed out a shipment of cocaine-frosted corn flakes from South America. The illicit cereal originated from Peru and was headed to Hong Kong before it got clipped in Cincinnati. According to a CBP release, officers reportedly tested the shipment and found it contained about 44 pounds of cocaine-coated corn flakes, with a street value of up to $2.8 million. No word on if it still gets soggy in milk.

Hidden in plain sight — Drug smugglers have gone to great lengths to smuggle narcotics over the years, often using common albeit unlikely items to do so. Agents have found cocaine inside Nike Air Jordans, tamales, fish, cookies, watermelon, accordions, dolls and more.

Bombs and COVID — During Day 1 of FreightWaves’ Global Supply Chain Week, our own Eric Kulisch caught up with Eric Hare, CEO of Global K9 Protection Group, to talk about the use of trained dogs to detect cargo explosives at airports as well as COVID-19 at Miami Heat Games.

The science [proves] that canines can almost detect anything that has an odor signature. Canines can be taught to react to that, to things like cancer. — Eric Hare, CEO, Global K9 Protection Group

We talkin’ about practice!? — According to Hare, it takes eight weeks to train both a doggo and its hooman. With the pandemic, recruiting dogs has gone virtual as pups are screened over video.

Alley-oop — Nearly a month ago, the Miami Heat began allowing a limited number of fans to attend games. Part of what has made that possible is the use of COVID-sniffing canines at American Airlines Arena. “Dogs are amazing creatures and their noses are way more powerful than ours,” said Matthew Jafarian, the executive vice president of business strategy for the Miami Heat, to ABC7. By powerful, he means 300 million smell receptors to our inferior 6 million.

Roll over — So, does it work? Although the method isn’t approved by the FDA, a number of peer-reviewed studies are being conducted to determine the dogs’ effectiveness. A German veterinary clinic claims to have trained sniffer dogs to detect COVID-19 with 94% accuracy, according to the World Economic Forum. Critics still contend that it gives people a false sense of security. I contend that dogs are in fact awesome.

When you have to move houses, literally — For the first time in 47 years, a Victorian home was moved in San Francisco. The journey of six blocks took six hours as a semi tugged the 141-year-old home through the Bay Area. The 19th century dwelling moved mostly without incident, though it did hit a few trees and a light pole. The cost? $400,000.

Pixar did it first — Since the comparisons to “Up” are so obvious and undeniable, it makes you wonder how many balloons would it have taken to move such a house. According to Science On, “We’re looking at needing about 6.67 million balloons to lift the 120,000-pound house.” That’s far less than the 23.5 million balloons Pixar technicians estimated it would take. In the movie, only 20,622 balloons were used.

High winds — According to WYDOT, crews were working on a crash on I-25 south of Chugwater involving a truck blow over. The incident occurred northbound near milepost 54. The area was rankled by 57 mph winds with gusts of 67 mph.

That’s exactly where my wife and I were in our motor home caught in a tornado! I had to pull over and the wind lifted us up about 3 feet on our side then set us back down! So scary, we won’t ever forget about this break. — Tracy Sessions on Facebook

Blow the man down — According to our own Nick Austin, NWS-Cheyenne office issued 55 high-wind warnings in 2020 for southeastern Wyoming alone. The only other office to issue more last year was Midland, Texas (out of more than 122 offices). A high-wind warning is issued if gusts are forecast to exceed 58 mph. 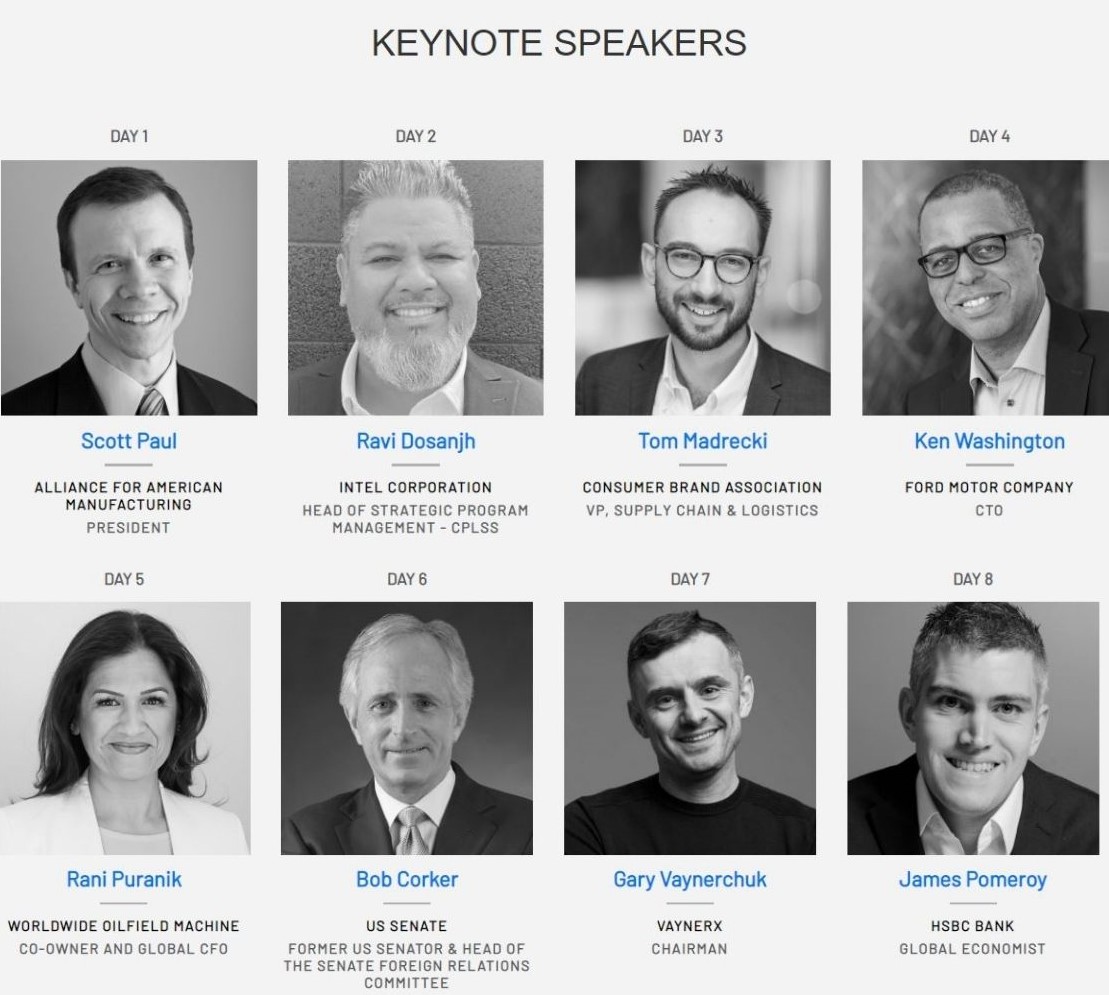 Off to the races — Day 2 of Global Supply Chain Week is in the books, but we still have six more days of live virtual event action to go. You can register for free right here. Doing so will enter you into a drawing to win some amazing prizes. So far we’ve already given away Apple TV 4Ks, AirPod Pros, annual Platinum memberships to Topgolf and more. Heck, you can even win an XBox Series X.

WTT?!? LIVE M-W-F — Monday on the show we caught up with Hyliion CEO/founder Thomas Healy to talk about his company’s breakthrough battery tech. We were also joined by Doug Waggoner, CEO of Echo Global Logistics, and Patrick Pretorius, Transporeon’s director of business development. You can rewatch that here, then catch the rest of our live sets on 2/24, 2/26, 3/1 and 3/3.

The story behind landing Perseverance on Mars with guests from NASA

Logistics behind building a beverage brand with Olipop

Stars inspiring the youth — The WHAT THE TRUCK?!? kids ask NASA’s Kennedy Space Center if they’ll reach Mars by the time they’re the ripe old age of The Dude and me.

Tags
dooner What the Truck?!?

How hyperloop will move freight with Virgin Hyperloop CEO/co-founder Josh Giegel – WHAT THE TRUCK?!?

GSCW: Weathering the storm at Texas ports — WHAT THE TRUCK?!?

GSCW: Dealing with risk in ocean shipping — WHAT THE TRUCK?!?

Should freight companies pay their employees in bitcoin? – FreightWaves Insiders