In a 2013 60 Minutes interview, Amazon’s Jeff Bezos introduced his firm’s delivery drones and predicted they could be operational in five years’ time. Perhaps Mr. Bezos put the cart before the horse in his expectations because a lot has happened and then again a lot has not happened since 2013.

Numerous drone tests have popped up around the world and some tests have become actual service offerings, albeit limited ones. JD.com’s drones have been delivering to China’s rural areas for two years and its program recently received government approval for its first overseas test in Indonesia. DHL introduced their Parcelcopters in 2016 and utilizes the service in difficult to reach locations whether they are natural barriers or areas with poor infrastructure.

UPS has also publicly embraced and demonstrated drone delivery for medical and emergency needs. In fact, last month, the company, along with drone partner Matternet, began the first revenue-producing drone flights sanctioned by the Federal Aviation Administration (FAA) – making multiple drone deliveries daily at the WakeMed hospital campus in Raleigh, North Carolina. These flights are reducing the need for multiple trips to the hospital via package car and thus reducing fuel consumption.

The FAA has adopted a very cautious approach to regulating drones. Some industry analysts have accused the agency for dragging its feet while others have applauded the cautious approach. To help establish rules and regulations, the FAA created an advisory board. This seemed to invigorate much needed action.

Ironically it was not Amazon that became the first drone delivery company to gain air carrier certification from the FAA but rather Google’s Wing Aviation. The certification is limited but it clears the way for other firms looking to operate in the drone commerce space.

Wing will initially be restricted to areas of southwest Virginia and operate during the day when the weather is clear enough so that the drones can be seen. In addition, the Google drone will not be allowed to fly above 400 feet.

Using an app, customers will select what they want delivered. This, in turn, will set the drone in motion. The aircraft will leave the nest, a staging area within a six-mile radius of deliveries, and then will hover about 20 feet and lower the package on a hook for final delivery.

While one should appreciate the technology aspects of drones, one should also ask how viable as a last-mile solution are they? Some estimates suggest that the last-mile makes up about 30 percent, if not more, of total logistics costs. It’s no surprise of companies’ interest in the potential of drones and for that matter other creative solutions such as crowd-sourced delivery options. However, serious consideration of where the deliveries are being made and a comparison of total costs to traditional delivery solutions should be made.

Another interesting drone experiment from UPS and one that could be a possibility for regular last-mile deliveries is one in which a drone launches from the top of a UPS package car. The drone autonomously delivers a package to a home and then returns to the vehicle while the delivery driver continues along a route to make a separate delivery. This could be beneficial in rural areas and also help reduce residential delivery costs.

It’s good to see the FAA taking action on drone usage. There are a number of possibilities for drones when it comes to the last-mile but can they really help drive down delivery costs? That remains to be seen and it’s likely we’ll continue to see a number of tests before drones become an accepted and mainstream solution. 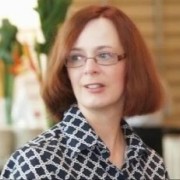