Walmart announced it will add drone delivery to 32 locations in six states this year with partner DroneUp. Steuart Walton of Runway Group and Cyrus Sigari of UP.Partners explain why Northwest Arkansas has emerged as an innovation hub for the transportation and logistics sector — and a great place to live. USA Truck posted its seventh consecutive quarter of record earnings Thursday and expects 2022 to be another record year, James Reed, president and CEO, said during a call with analysts Friday. Gatik CEO Gautam Narang will detail middle-mile autonomy’s role in the future of the supply chain at FreightWaves’ upcoming The Future of Supply Chain conference. After severe storms damaged parts of the South on Wednesday, the threat moves to the East Coast on Thursday (video forecast included). 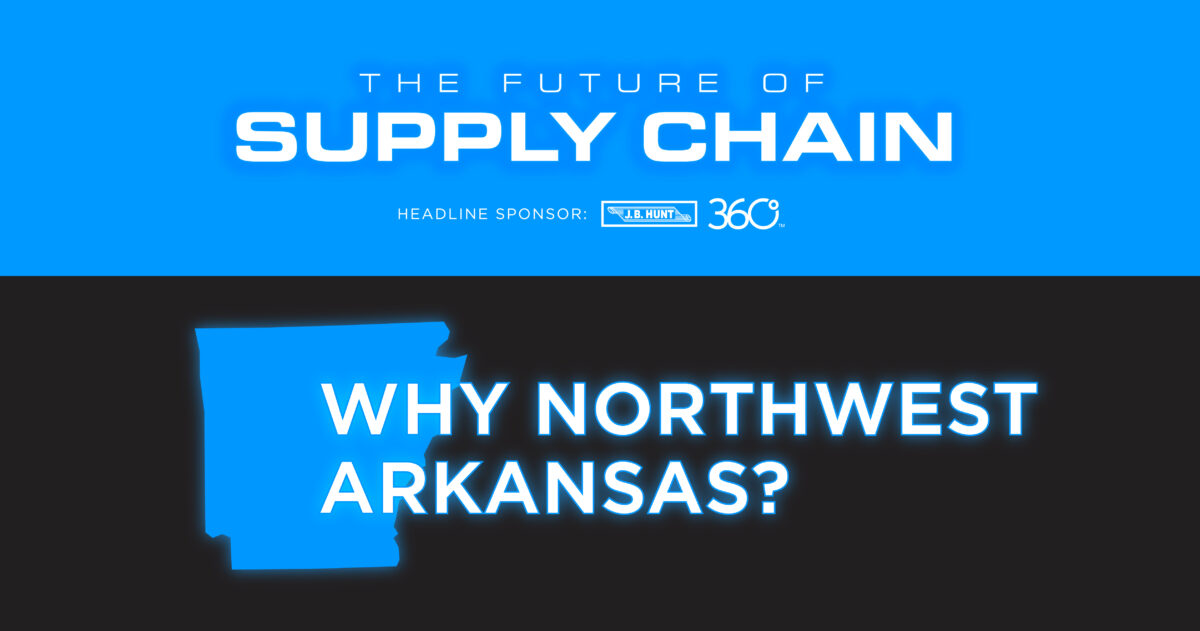 The Future of Supply Chain on May 9-10, 2022, at the Rogers Convention Center in NW Arkansas. 4 keynote speakers on tap for The Future of Supply Chain Freightwaves is taking logistics to the next level at The Future of Supply Chain on May 9-10, 2022, at the Rogers Convention Center in NW Arkansas. DroneUp CEO Tom Walker sat down with Modern Shipper to discuss his company’s expanding delivery business, including its partnership with Walmart.