This week, NACFE’s Mike Roeth talks about what’s different in the newest Run on Less demonstration, and we learn, after some digging, how Kenworth adopted the tagline “World’s Best Trucks.”

Mike Roeth has made a name for himself as executive director of the North American Council for Freight Efficiency (NACFE). Sure, NACFE is known for its Confidence Reports on efficiency technologies. But every two years, just about everybody pays attention when Roeth’s nonprofit organizes and conducts the Run on Less demonstration.

The first event in 2017 showed how tires, aerodynamics and other fuel-saving approaches could push miles per gallon in Class 8 diesel trucks into double digits. In 2019, NACFE focused on Class 8 regional haul.

The third Run on Less demonstration, in September, features electric trucks. They get lots of attention but are still a dot on the commercial trucking map. Run on Less-Electric has three battery-powered vans, three medium-duty box trucks, a heavy-duty truck, four heavy-duty tractors in drayage and regional haul, and two terminal tractors.

Roeth wasn’t sure the electric truck field event was ready for a Run on Less demo. No Tesla Semi. No Nikola Tre. And no Rivian or Arrival delivery vans. All are expected next year. Roeth anguished but decided to press ahead. We spoke about what he hopes the event accomplishes.

FREIGHTWAVES: What is the main goal of the Run-on-Less-Electric?

ROETH: “It’s twofold. One is that it’s going to reveal the state of electric trucking here in 2021. The second objective is to share and learn together. That includes this boot camp that starts in a couple of weeks all the way up through the run happening throughout the month of September and all the live convenings around there. It’s going to show the prospects for where we are headed with range and weight, costs, [and] driver acceptance.”

FREIGHTWAVES: What is the biggest difference this year?

ROETH: “It’s just not the fleets this time around. Now, we brought in the truck [manufacturer] partners because thiis just so early that you can’t have a conversation without the [manufacturer]. We’re also going to be pragmatic and deal with both the challenges and the benefits.”

FREIGHTWAVES: It appears this Run on Less is as much about education as it is about what the current crop of electric trucks can do.

FREIGHTWAVES: NACFE is not abandoning its work with diesel trucks, is it?

ROETH: “There’s a lot of opportunity still with diesel. We need to keep doing that while these electric trucks emerge over time. A lot of improvements are coming, whether it’s aerodynamics or improved start and stop or whatever, even for medium trucks. Much of that is going to benefit electric trucks.”

The smackdown of startup electric vehicle stocks over the past couple of months has been as pronounced as their startling price run-up as one after another made deals to go public via mergers with blank check companies.

Take Romeo Power Technologies (NYSE: RMO). Its shares traded as high as $38.90 on Dec. 28. A precipitous fall for the maker of high-density battery packs for electric trucks saw a 52-week low of $7.71 on Monday.

Then … boom! A deal to supply  batteries to PACCAR Inc.’s (NASDAQ: PCAR) Peterbilt Model 579 and Model 520 through 2025 sent Romeo stock on a tear. It gained almost 60% on Tuesday. Profit taking shaved 16% off the price the next day. Romeo now trades just above its original SPAC price of $10 a share.

But the PACCAR deal is the first with an established truck maker. BTIG analyst Gregory Lewis reiterated his buy rating on RMO shares with a $30 price target. That’s about 187% above Friday’s price.

Nikola now organizes around battery-electric and fuel cell businesses. The latter is led by former Bosch executive Jason Roycht. who also joined when Milton was in charge. Roycht has moved around before settling in as head of fuel cell and commercial.

A few weeks back, Truck Talk celebrated breakfast with TravelCenters of America (NASDAQ: TA) and its development deal with IHOP to convert restaurants on TA sites. We also mentioned some new breakfast options for Love’s Travel Stops and Country Stores.

The leadership at PACCAR’s Kenworth Truck Co. is rightfully proud of its products. But it’s generally humble when talking about them. So, where did the trademarked tagline “World’s Best Trucks” come from? FreightWaves asked a half-dozen Kenworth executives at a recent media program. A few guessed. But no one knew.

The tagline isn’t included in the Wikipedia entry covering 97 years of Kenworth history. Nor was it included in a 75th anniversary book written in the late 1990s by longtime PR executive Doug Siefkes. But Siefkes found the answer. “World’s Best Trucks” was part of an advertising campaign resulting from an ad agency change in the mid-1980s. It has stuck around since. 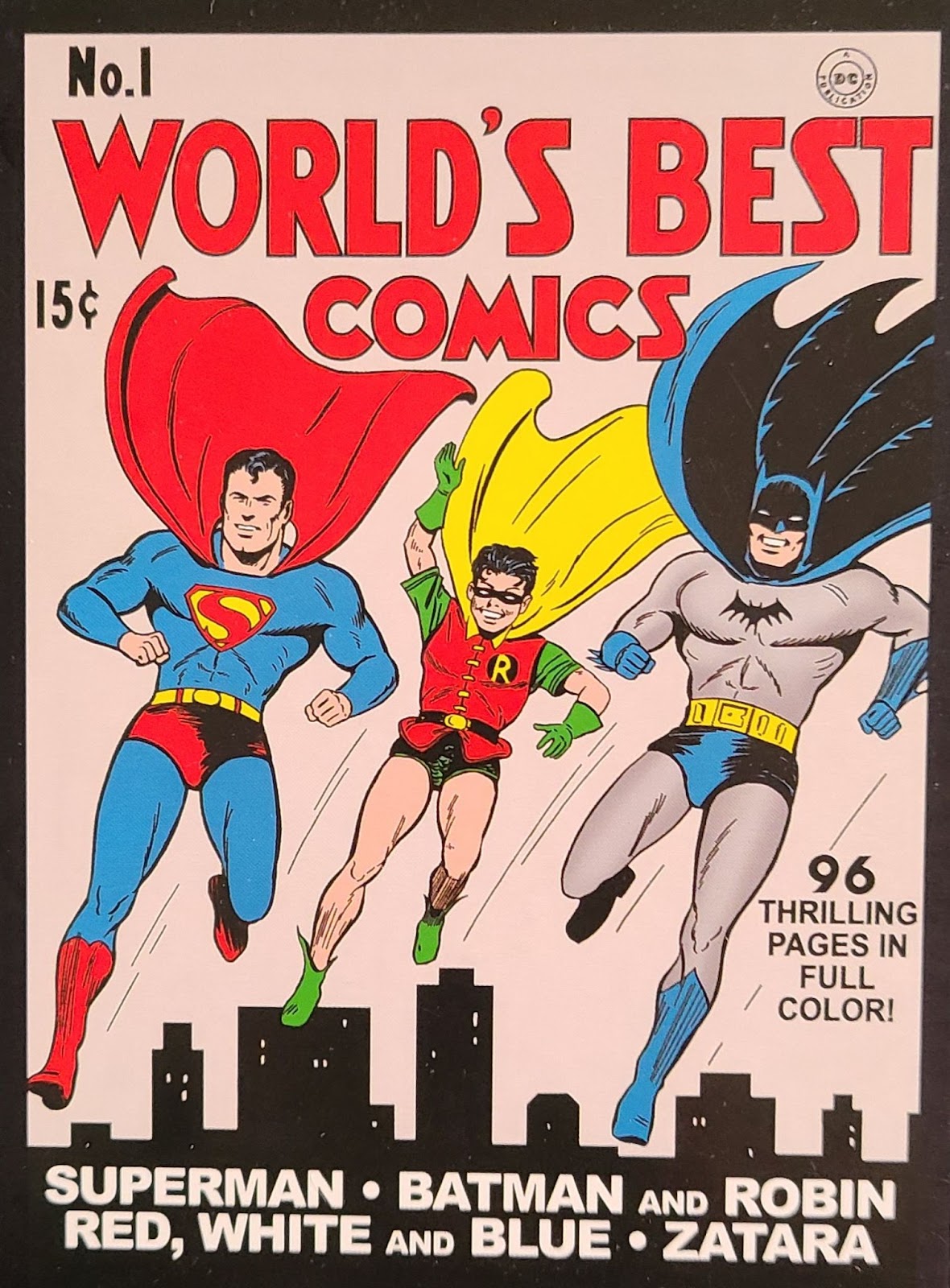 These guys also claimed to be the World’s Best — back in 1941. (Copyright: DC Comics)

That’s all for this week. Thanks for reading.

Alan Adler is a Detroit-based award-winning journalist who worked for The Associated Press, the Detroit Free Press and most recently as Detroit Bureau Chief for Trucks.com. He also spent two decades in domestic and international media relations and executive communications with General Motors.