Welcome to the WHAT THE TRUCK?!? Newsletter presented by Old Dominion Freight Line. In this issue, 70,000 owner-operators have seven days to cease operations; the trucking tragedy in San Antonio; how long is too long to shower; and more.

AB5 goes into effect — While this ain’t corona or monkeypox, it’s a death blow to independent trucking in California. FreightWaves’ John Kingston has been following this case since the start; unfortunately he didn’t harpoon his white whale. Kingston reports, “AB5 is now set to go into effect in the California trucking sector, as the U.S. Supreme Court on Thursday denied certiorari in the appeal that represented the California Trucking Association’s last-ditch effort to keep the independent contractor law away from its operations.”

“This is a world in which the trucking industry has never seen. The ABC test isn’t just something in the body of civil law. It is codified. I will say that over the years I’ve seen industry trade groups claim the apocalypse when new regulations are handed down. And the apocalypse doesn’t come. The B prong in the California trucking sector might test that theory.” — FreightWaves’ John Kingston

Breaking news breaking trucking — Back The Truck Up’s Rooster reports, “That means AB5, the controversial law forcing employers to treat independent contractors as hired employees if they serve the same primary function, is now active.” What’s especially problematic for trucking is the B prong of AB5’s ABCs. According to Kingston, “The B prong says a worker can be an independent contractor if he or she ‘performs work that is outside the usual course of the hiring entity’s business.’ An independent owner-operator hauling freight for a trucking company faces the probability that in litigation, that activity would be found in violation of the B prong.”

“Gasoline has been poured on the fire that is our ongoing supply chain crisis.” — statement from the California Trucking Association

Brace for impact — Although the true ramifications of AB5 have yet to be realized, the California Trucking Association laid out the immediate problems in a statement: “In addition to the direct impact on California’s 70,000 owner-operators who have seven days to cease long-standing independent businesses, the impact of taking tens of thousands of truck drivers off the road will have devastating repercussions on an already fragile supply chain, increasing costs and worsening runaway inflation.” Matt Schrap, CEO of the Harbor Trucking Association, says, “Fuel on the fire indeed — guess this court is hell-bent on ‘States’ Rights’ — what a joke.”

“With AB5 now set to go into effect, thousands of owner-operators driving in California face an uncertain future. California has provided no guidance to owner-operators about how they can work as independent contractors under this new scheme, and truckers will be at the mercy of the courts to interpret how the law will be applied. For truckers that have invested their blood, sweat and treasure to create their own businesses, it is dismaying that lawmakers and the courts are forging ahead with this radical policy that dismisses a beneficial business model that has been in place for decades. At the same time, we know this will not be the last word on the legality of AB5 and expect to participate in future challenges to the law.” — Norita Taylor, OOIDA

Rate and see — What’ll this do to rates in California? Chris Gonzalez with Clean Harbors says, “Drivers will either have to run on their own authority, be with a true OO company or become a company driver. This affects the port OOs mostly.” For 70,000 independent owner-operators in Cali, they now have to get compliant with the law or get out. Rooster sees the most immediate impacts being a jump in rejects and escalating rates to match payroll increases.

Meth and death — Homero Zamorano, the reported driver of the tractor-trailer involved in the San Antonio tragedy, was found nearby allegedly high on meth and pretending to be a victim. According to a release by the Department of Justice, “a total of 64 migrants were in the trailer. Of the 64, 53 have now passed away.”

Failure at the border — Within three hours of passing a U.S. checkpoint, the truck stopped “along a desolate road just off the highway, with the people inside either already dead or struggling to stay alive,” according to The New York Times. Zamorano and an accomplice have both been charged with human smuggling and could now face the death penalty. This awful tragedy really calls into question the ease of cloning trucks and the ineffectiveness of border checkpoints. The answer we should be looking for now is how to make sure this doesn’t happen again.

Have you ever screwed up a delivery this bad?

Lord Stanley’s Cup — Ever since the Avalanche won the cup earlier this week, it’s had a tough road. First, Avs winger Nicolas Aube-Kubel put a dent in the greatest trophy in sports by dropping it on the ice within five minutes of the team winning the championship and now it’s been sent to the wrong address. Denver resident Kit Karbler got quite the surprise when the Cup, intended for Gabriel Landeskog, ended up on his doorstep. FOX31 reports, “Karbler said the Stanley Cup keeper knocked on the door and figured out that they were at the wrong address but let him see it, touch it and take pictures of the NHL’s most prized award in his driveway.” What’s your worst shipping screwup? 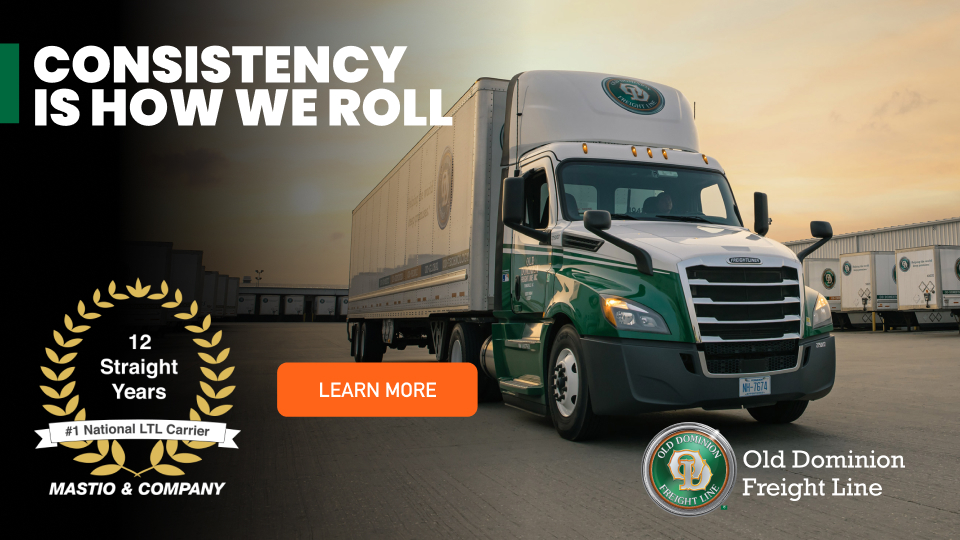 How long is too long to shower?

Driver arrested over 4-hour shower — A trucker was arrested at a Love’s in Plymouth, Indiana, for taking an excessively long shower and failing to respond to workers at the truck stop. FOX59 reports, “[Police] ended up arresting 36-year-old Skakir Jama Farah of Sioux City, Iowa, for criminal trespass.” This case got me curious so I asked the driver community how long they usually shower for.

On Wednesday’s WTT, Rooster and SuperTrucker both claimed an hour was pretty typical. They use the time to wash themselves and their dishes. No word on how long they spent thinking about the Es in Mercedes. What did other drivers have to say?

Santino-Trucking Goomba: “It’s rare for me to be in a hurry when taking a shower, I take my freakin’ time, probably 45 minutes or more. Most of my daily and life decisions are made while I’m thinkin’ in the shower. Best not to mess with me when I’m grabbin’ a shower or need coffee!! 😬”

Bernie: “In whatever time is left after fueling and within the mandatory 30-minute break. I usually have 8-14 minutes to park, shower and get back to the truck before the 30-minute mark. I don’t waste a minute on the road.”

Lerone Williams: “At least an hour.”

Michelle M. Kitchen: “No more than 30 minutes. When the current type of showers became available to us, they used to have signs to please limit usage to 30 minutes. Then we’d go stand in line for a pay phone. 🤣”

Is AB5 Armageddon for trucking? — We’ll look at the fallout from AB5 and what it means for California, trucking and the rest of the country. Plus, how to escape a shipwreck; former inmates help get the incarcerated into trucking; winners of the freight video game tournament; the latest news; and more.

Is now a good time to get a job in freight?