If you’re an owner-operator, chances are 2021 felt pretty good to you.

Stimulus money padded consumer pockets, and many companies turned a bit frothy. It was one of the longest stretches of so-called easy money periods in history. If you wanted to move a lot of freight, it’s likely you were able to. And with spot rates reaching historic heights, it’s likelier still that you were paid well for doing so. Sure, fuel costs climbed steadily throughout the year, but that felt manageable. Your services were in high demand, and there were plenty of loads to go around.

A freight market that started off as seemingly more of the same was cast into tumult in late winter and early spring. An overheated American economy sent inflation data to multidecade highs. An attitude that the pandemic has waned drove a shift back to historical norms in consumer spending between services and goods. That meant less demand for physical goods. In efforts to curtail inflation, the Federal Reserve started raising interest rates aggressively.

In the two weeks after Russia invaded Ukraine, Brent Crude spiked to nearly $130 a barrel, and it hasn’t traded below $100 for any meaningful amount of time since. For comparison, in July 2021, it hovered around $75. That meant fuel prices shot skyward, which opened the spigots of inflationary pressures and quickly started eating into profit margins for owner-operators. Those headwinds led to a freight market that looked reasonably strong right up until it didn’t.

Over the past two years, in efforts to capture a piece of the pie, many tens of thousands of new single-tractor trucking fleets (owner-operators) have entered the market. But when that market turned earlier this year, many were left holding the bag. In May, the Federal Motor Carrier Safety Administration started reporting a record number of for-hire authority revocations, and that data lags by several months.

To get a clearer picture of how the world looks now for owner-operators, we wanted to survey the FreightWaves audience. So in May and June, we collected information from respondents self-identifying as owner-operators. In all, 76 owner-operators completed the survey.

What we learned confirmed much of what we suspected: 2021 was a remarkable year for owner-operators, and 2022 is shaping up to be potentially treacherous. More than 80% of respondents believe it will be less profitable than last year.

That doesn’t mean a bloodbath is in store for everyone. After all, 2021 was abnormally good (both mean and median owner-operators in the survey netted six-figure incomes), so a slight contraction in revenue would not necessarily spell doom. But at large, owner-operators are feeling the strain, and it seems a safe bet this latest market shift will thin out those less equipped to weather the storm.

Owner-operator respondents at both the mean and median levels netted six-figure incomes in 2021. The survey saw some pretty divergent data on the edges, though — with one owner-operator saying they had netted nearly half a million dollars last year, and another saying they had lost $20,000.

The biggest reason for pessimism appears to be this year’s meteoric rise in fuel costs. That option scored a high-weighted average of 4.61 — nearly three-quarters of respondents ranked it first. Owner-operators are significantly more exposed to fuel cost spikes than large carriers because they tend to have far less capital available for sophisticated fuel-hedging strategies.

Rates volatility came in a distant second, with a weighted average of 3.67. It was followed by the availability of loads (3.04). Tolls and traffic, meanwhile, were far away fourth and fifth picks.

Download a PDF copy of the article at this link. 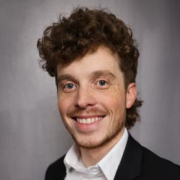 Joe Antoshak heads up FreightWaves' annual rankings and company directory pages as Senior Editorial Researcher. Before FreightWaves, he worked for Transport Topics as a multiplatform coordinator and editorial researcher. He lives in Washington, D.C., and can be reached at jantoshak@freightwaves.com.