It’s hard to get drivers home at large over-the-road truckload carriers. It’s even harder to get them to return back to work. In trucking, weekends and holidays represent a capacity unknown due to this challenge. This is because some drivers may need extra time or just aren’t quite ready to get back on the road for another four to six weeks. It’s important to understand how holidays and working tractor percentages impact a carrier’s ability to cover tendered loads. Large carriers are not alone in that struggle with holiday home time. Smaller carriers and even owner operators may take additional time off and, for many, the return to life back on the road takes some motivation. Luckily, there are a few proactive steps fleets can take to lessen the capacity blow when holiday weekends come.

Here are a few tips some fleets use to lessen the impact of a low working tractor percentage:

If all of these options fail, then you are likely to receive some pushback from your supervisor or fleet owner over the lack of available drivers. Remember, the key thing about working tractor percentage is just that — fewer working tractors on the road equals fewer revenue. Truck and trailer payments don’t stop when a driver isn’t working, so there will be a down week in terms of lost revenue and constrained margins.

I’ve experienced this firsthand. I used to bribe drivers with extra home time, but it turns out in trucking even money is not worth as much as not having to drive a truck one extra day. This strategy was helpful until a holiday came along, but you just have to hope the other fleet managers have the same issue so they don’t single you out for a worse working tractor percentage. I often joked that while the percentage was lower, I saved them money in terms of lower turnover. It’s always a balance.

For most trucking fleet operations directors and vice presidents, they live inside the KPI numbers, so if you do have a lower working tractor percentage, expect to get yelled at. Luckly, most expect to have a down revenue week following a holiday. However, for customers, brokers or large shippers, this can cause some service-related issues and a few extra angry phone calls.

To summarize, holiday weekends represent a short-term trucking capacity shortage. Most fleets on the road will experience degraded truck availability a few days before, during and after a major holiday. To overcome these challenges, trucking companies will frequently commit to fewer loads until they can confidently determine how many of their drivers are actually ready, willing and able to work.

The Supreme Court rejected the California Trucking Association’s appeal to review the AB5 case involving the worker classification law. In simple terms, FreightWaves’ John Kingston writes, “The 9th Circuit Court of Appeals, which had earlier nullified the injunction that kept AB5 out of California trucking, must dissolve the stay that had allowed the injunction to remain in place while CTA made its push toward the Supreme Court.” This decision is expected to have wide-ranging ramifications for the independent owner-operator trucking model in California.

California Assembly Bill 5, or AB5, was originally designed to address gig-economy workers like Uber and Lyft, but the legal guidelines under the ABC test also applied to trucking companies’ independent contractors.

What is the ABC test?

According to the statute, under the ABC test a worker is considered an employee and not an independent contractor unless the hiring entity satisfies all three of the following conditions:

What does it mean?

The particular issue with the ABC test involves the B prong, which defines an independent contractor as a worker who is engaged in “work that is outside the usual course of the hiring entity’s business.” Therefore, if you’re a trucking company and hiring an independent owner operator to haul freight on your behalf, it is now likely to be seen as in violation of the B prong of the ABC test.

This is problematic for trucking companies since the usage of owner-operators was long viewed as a fixture of the business model. Trucking, due to high rates of competition, often will see owner-operators as a cost-effective measure because they do not have to make the truck payment or pay for driver insurance and other perks typically associated with for-hire company drivers.

Additionally, there are tons of these owner-operators in California — around 70,000. Craig Fuller, CEO and founder of FreightWaves, via Twitter said, “Half of the trucking companies in California are at risk of closure next week due to the AB5 law going into effect.” Another concern is that it isn’t easy to switch the status to an employee, with Fuller tweeting, “Converting to an employee isn’t as simple as you think. Independent truckers are small businesses and finance their trucks through cash flow. If they shut down their business, they risk bankruptcy.”

Marc Blubaugh of the Benesch law firm in a note to clients outlined one potential replacement model, writing, “One is an employee-driver model, along the lines of what union officials would like to see. Another is largely turning a carrier that now utilizes independent owner-operators into a brokerage house and putting freight in the drivers’ hands in the same way that a traditional brokerage would do. Since freight movement would no longer be part of the company’s activity, the independent owner-operators would be engaged in ‘work that is outside the usual course of the hiring entity’s business,’ the specific wording in the B prong.”

This development will be important to watch in the coming weeks, as many of those owner-operators also work as drayage drivers. Depending on who you ask, this is either an opportunity for unionization or adjusting to a brokerage model to overcome the new rules. This could also lead to further disruption at California ports, as labor negotiations for dock workers are ongoing right as the drayage drivers who transport the containers are experiencing the potential cataclysmic change of their operating business model.

Consumer spending fell for the first time this year according to a recent report Thursday from the Department of Commerce. The report notes, “Real disposable personal income decreased 0.1% in May, and real consumer spending decreased 0.4 percent; goods decreased 1.6% and services increased 0.3 percent.” With the US being a consumer driven economy, this data further reinforces the belief that inflation is having a meaningful impact on buying decisions.

I included the above image to highlight how the rise in inflation is negatively impacting goods before services. To break down the data, the report added two major highlights:

This data decline alarms financial economists, with Wells Fargo’s Tim Quinlan and Shannon Seery noting, according to Bloomberg, “Today’s details on monthly spending figures shows a much weaker profile for spending in the first five months of the year and sets us up for weaker growth in the second quarter than the data would have suggested just 48 hours ago.”

The downward revisions and trends in consumer spending are adding more data that suggests a further economic downturn is on the horizon.

What does this mean for you?

Brokers: End-of-month/end-of-quarter volumes normally bring higher spot rates, but due to the 3% outbound tender rejection rate, most of the excess loads appear to remain in the contract market. Normally, there would be a rise in spot rates relative to the volume, but truckload supply in Seattle continues to exert downward pressure as carriers seek to return to more favorable markets. For those brokers that have contracted lanes from Seattle to LA, take this opportunity to drive down rates and increase margins.

Carriers: It can be difficult to find a load out of Seattle under the best circumstances, and  outbound tender rejection levels are currently around 3%. Therefore, attempt to solicit customers or overcommit for your load tender volumes if customers are sending you extra outbound loads. The declining spot rates will create greater pressure to find outbound loads from Seattle and create a situation in which carriers will undercut one another for limited load volumes, thereby negatively impacting revenues.​​​​​​​

Shippers: Declining spot market rates and greater tender compliance is a boon for shippers attempting to move goods out of the Seattle market. While carriers and brokers undercut for volume, take this opportunity to use this competition and pricing power to save on transportation costs. Now that pricing power is in the hands of shippers and not carriers, attempt to gain some relief on rates now that truckload supply is outpacing demand.

What’s not to like about lower fuel costs and reduced emissions? (FreightWaves) 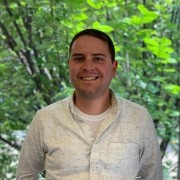