Is a trucker strike coming? 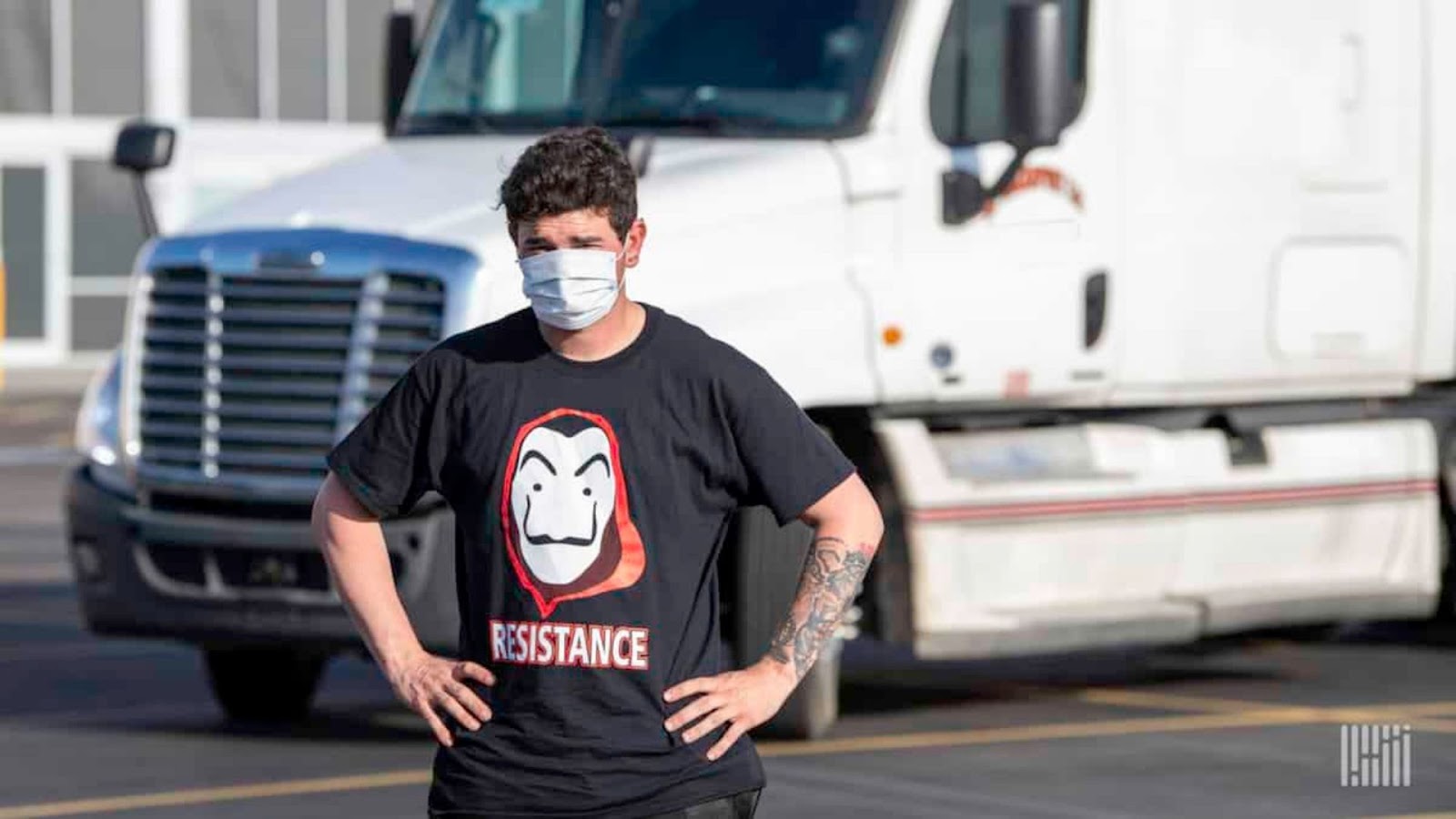 What’s happening — There have been rumblings that a group of independent truckers are planning protests on Veterans Day and over Thanksgiving weekend.

Who are they? — Trucking TikTokers, Twitterers and the StopTheTires2020 facebook group, which has 41k+ members.

The beef — The participants, who self-describe as a huge group of Republicans and conservatives, are upset with the election results and the prospect of a Biden/Harris administration. Their main concern is the Green New Deal and a potential ban on fracking.

Counterpoint — Not every truckin’ TikToker is sold. Veteran driver and popular TikToker Wayne Cragg calls the plans “stupid and a very dumb idea. … I love my country, I’ll be running November 29th!” 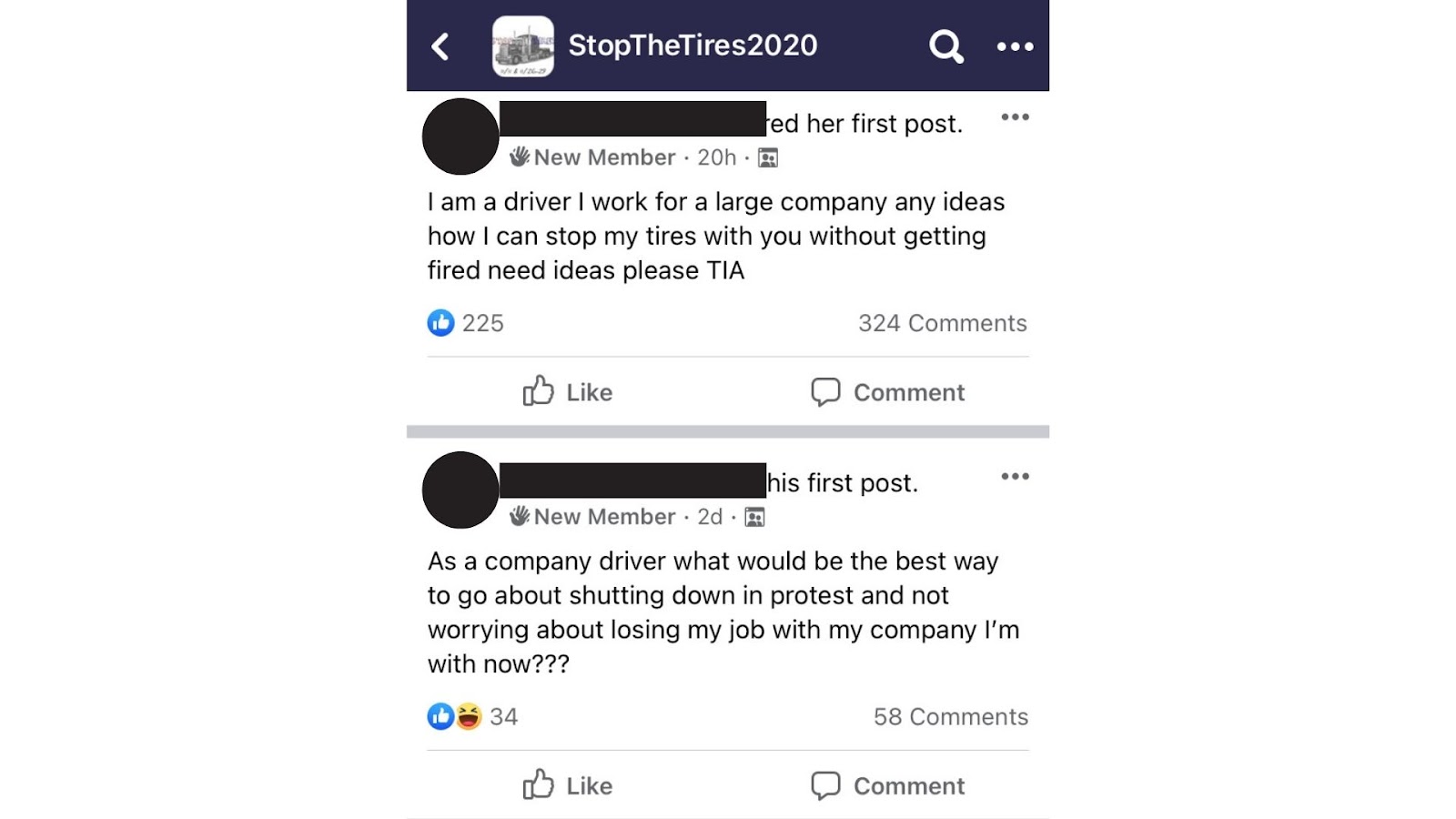 Will it happen? — While some owner-operators may go through with it, it’s unclear what if any impact the protest would cause. FreightWaves CEO and founder Craig Fuller said, “The vast majority of capacity is controlled by corporations and not owner-ops. Fleets aren’t going to shut down.” 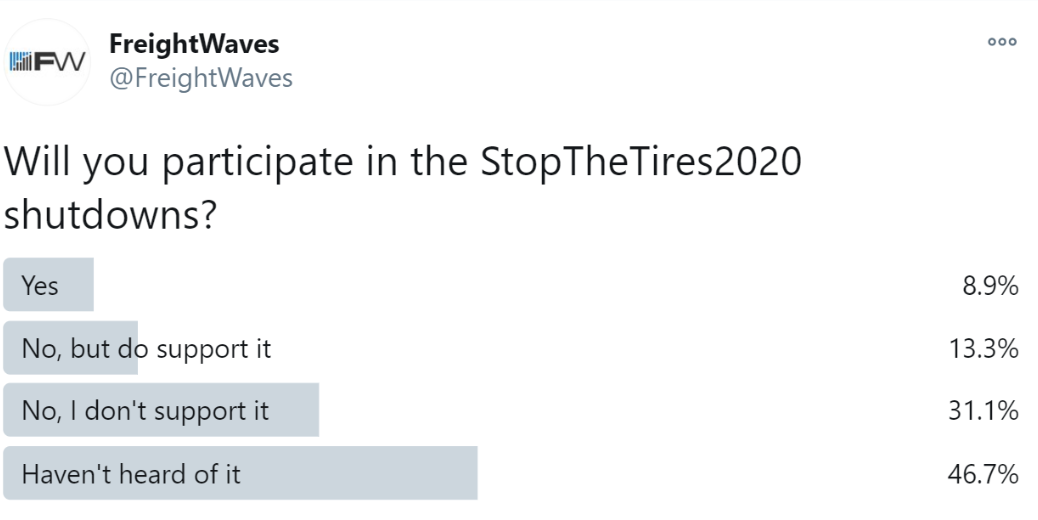 Rates too good to pass up? — Parked truckers would be sacrificing robust rates as the Truckstop.com national van spot rate per mile hit $2.92/mile, inclusive of fuel, and lanes like LA/DAL spiked 11.5% week-over-week. That alone may be enough to keep the tires moving. 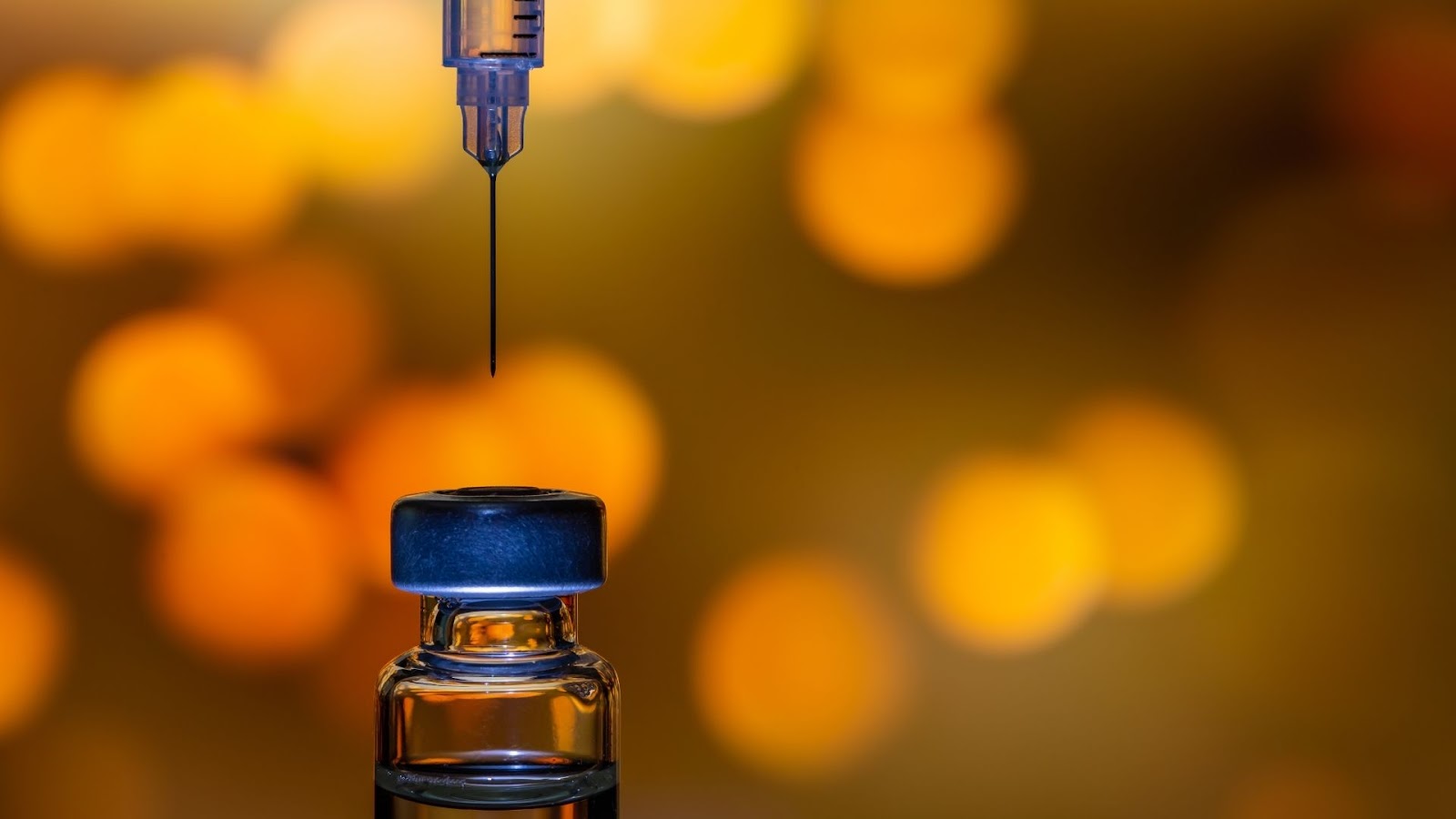 The fight against COVID saw a huge day Monday as Pfizer announced a vaccine with a 90% success rate in clinical trials and Eli Lilly’s antibody therapy got emergency FDA clearance.

The good — The analysis evaluated 94 confirmed COVID-19 infections among the trial’s 43,538 participants, according to The New York Times. The vaccine’s 90% effective rate far exceeds expectations of both the scientific community and Dr. Fauci. They were targeting effectiveness anywhere in the range of 50-75%.

The bad — Logistical hurdles abound, not just on the freight side but with human behavior as well. Pfizer’s meds have to be transported at -94 degrees Fahrenheit (Moderna’s can move at a comparatively balmy -4 degrees F) and the number of doses needs to be doubled as patients will have to take it twice in a 28-day period. For a full rundown of the logistics behind vaccine distribution, watch Monday’s WHAT THE TRUCK?!?

Bamlanivimab — Eli Lilly’s monoclonal antibody bamlanivimab (can we just call it Black Betty?) received FDA emergency clearance. The antibody will be reserved for high-risk patients over the age of 12. As part of Operation Warp Speed the U.S. will pay Lilly $375 million for 300,000 vials of the drug.

When will you get yours? —Mass distribution likely won’t be available for any vaccine until the third quarter of 2021. With the U.S. experiencing its seventh consecutive day of 100,000-plus coronavirus cases, the public will still have to do its best to contend with potential lockdowns, masks and social distancing for the foreseeable future.

Will you take yours? — Only 51% of respondents to a CNN poll said they’d take a coronavirus vaccine.

Badger back in the hole? 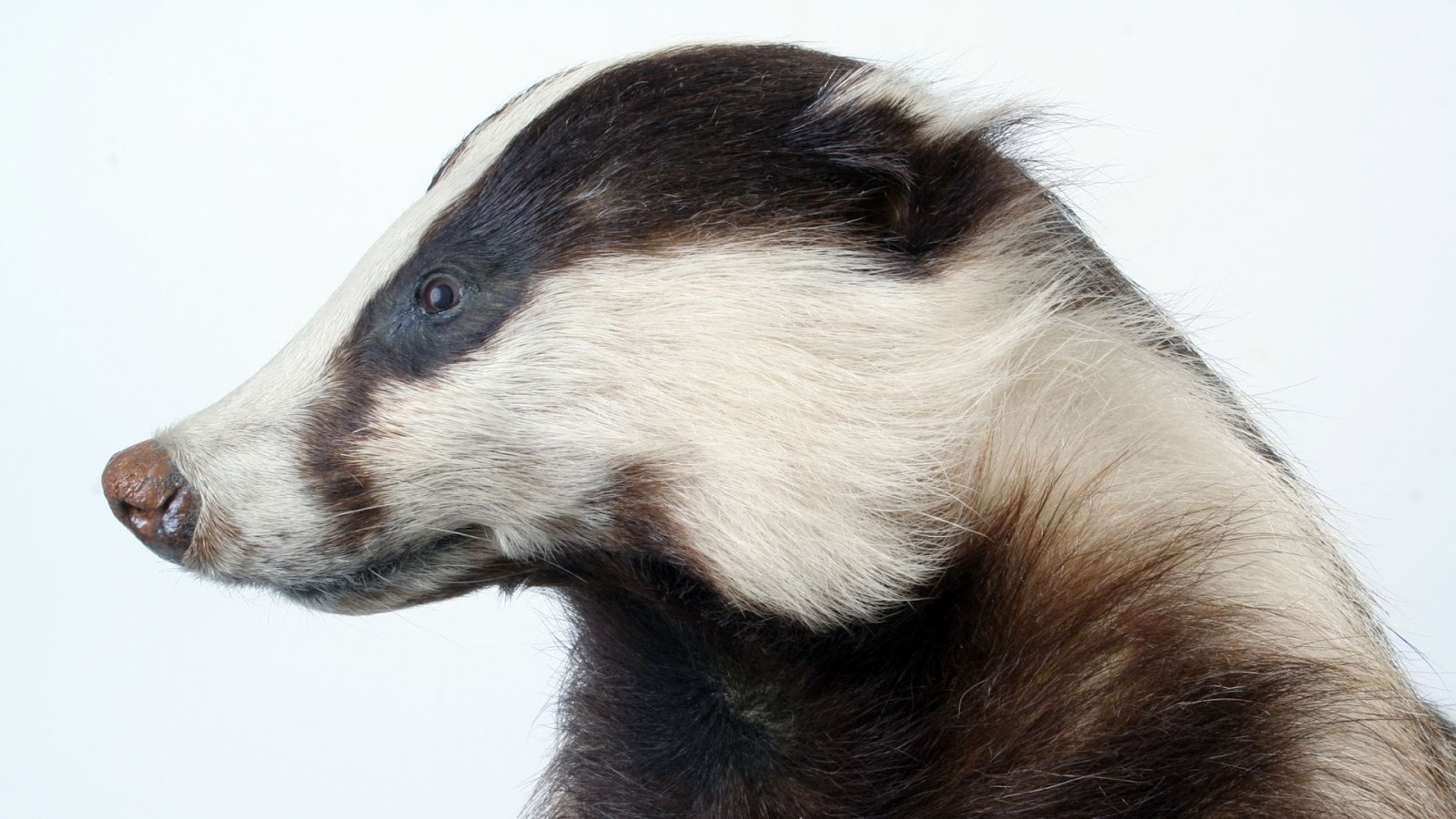 Nikola earnings — Beleaguered EV company Nikola released its earnings on Monday. With its last paying customer, former CEO/founder/solar panel buyer Trevor Milton excised from the company, there were only losses to report. Revenue went downhill to the tune of negative $117,299 million. That’s $104 million more than the company lost in the same quarter last year.

What about GM? — Nikola has $908 million in cash on hand but would owe GM $700 million and 11% of the company were the deal to go through. That may explain why CEO Mark Russell is now characterizing GM as a backup plan for the company.

I don’t mean to badger you, but — Nikola has removed the Badger from its homepage and put it in hibernation on the sidebar. There you can still preorder the vehicle for $100 but you may want to hang on to that benji. No money is in the budget for the Badger, Nikola Chief Financial Officer Kim Brady said on the earnings call.

SEC you in court — Nikola finally confirmed suspicions about the federal investigation into the company based on the Hindenburg Report’s allegations of fraud. On Sept. 19, Grand jury subpoenas were issued by the Justice Department against Nikola and its founder Trevor Milton, CNBC reports.

Meanwhile… — GM plans to hire 3,000 employees in engineering, design and IT to help push forward as a leading electric vehicle maker and to develop more in-car connected technologies, according to The Detroit News. 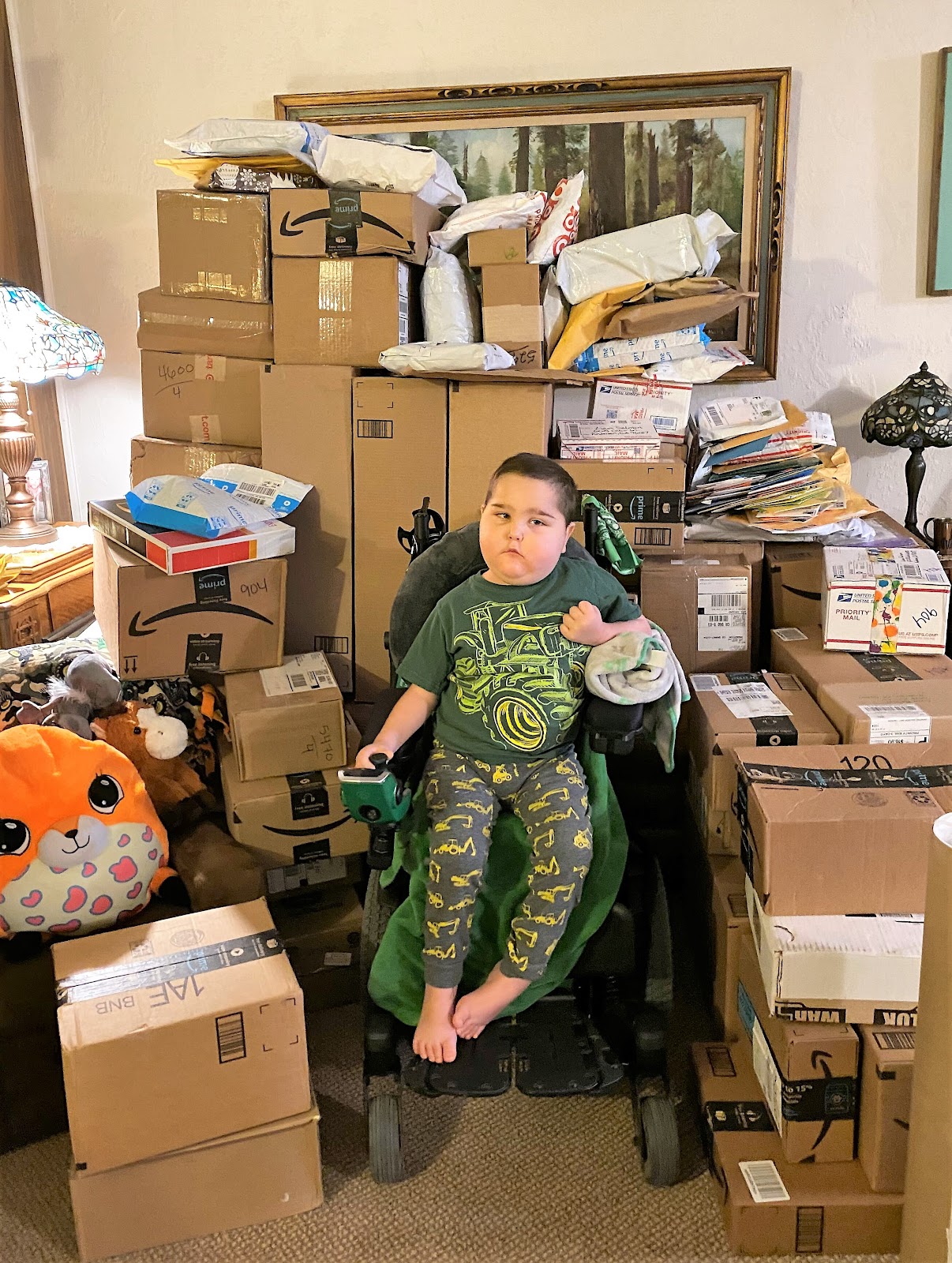 The light we shine — FreightWaves reporter Clarissa Hawes has been following the journey of an independent owner-operator’s 5-year-old son, who has been battling a rare, incurable pediatric brain tumor.

On a personal note — As the father of a 5-year-old who spent much of the lockdown building LEGOs, your story has touched me deeply, Liam. The Dude and I, as well as the WHAT THE TRUCK?!? community, are pulling for you. #Liamstrong 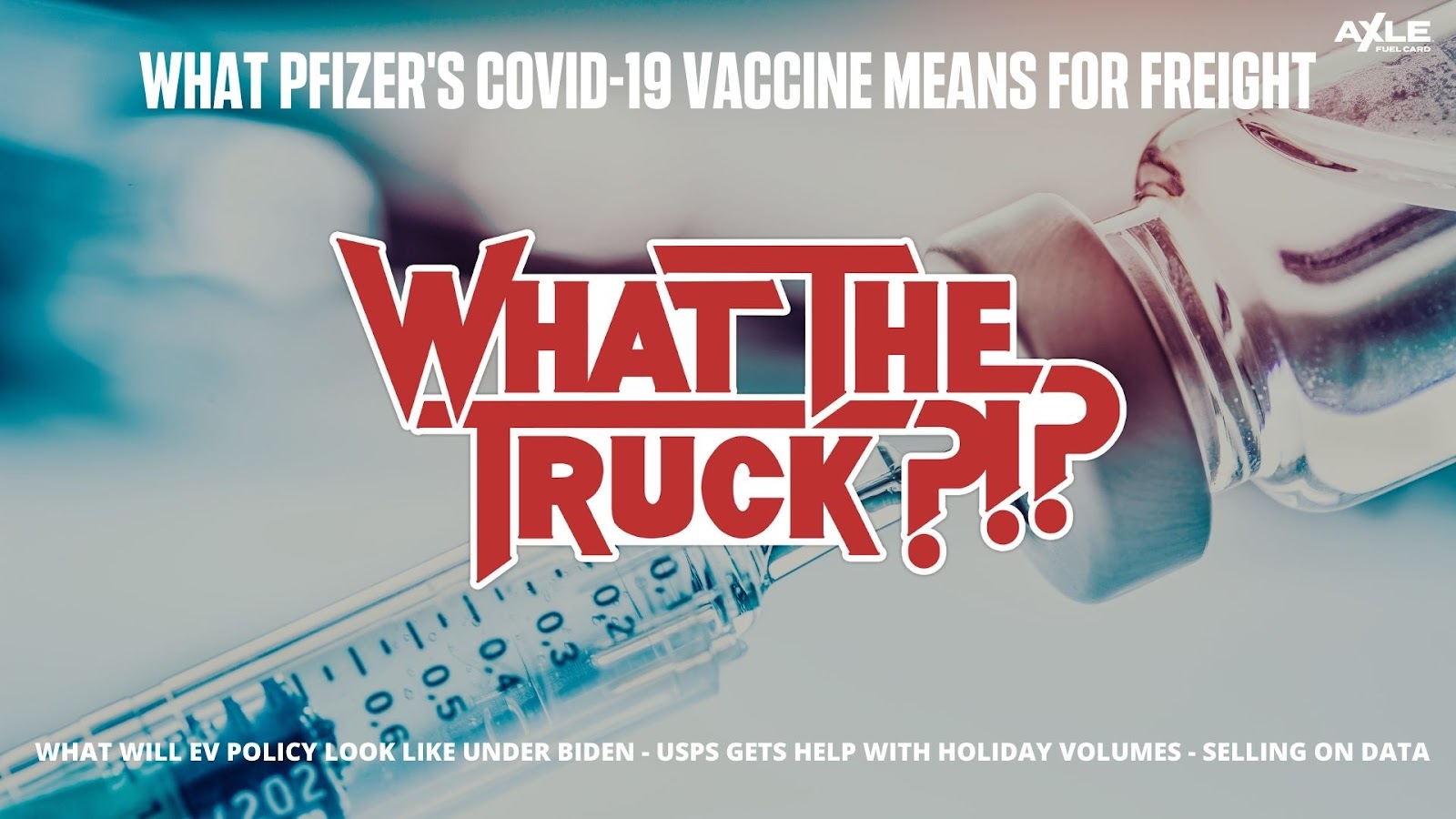 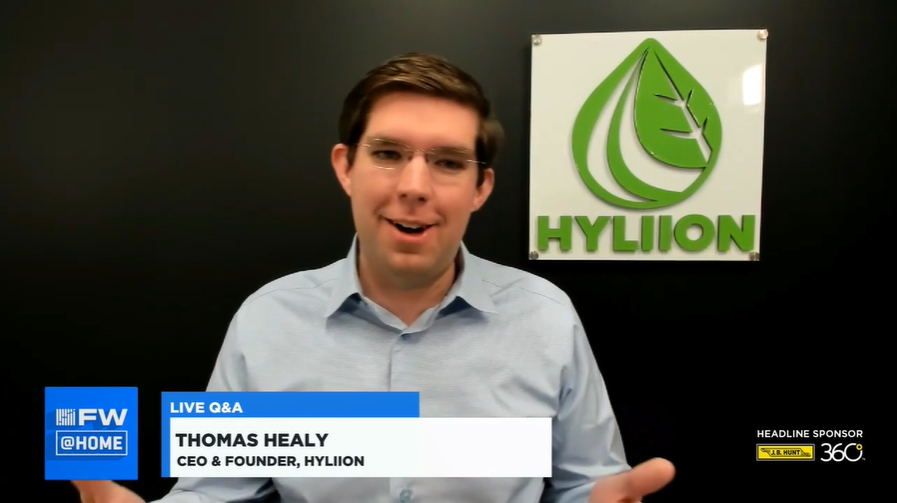 Catch new shows live at noon ET Mondays and Fridays on FreightWavesTV, FreightWaves LinkedIn and Facebook or on demand by looking up WHAT THE TRUCK?!? on your favorite podcast player. 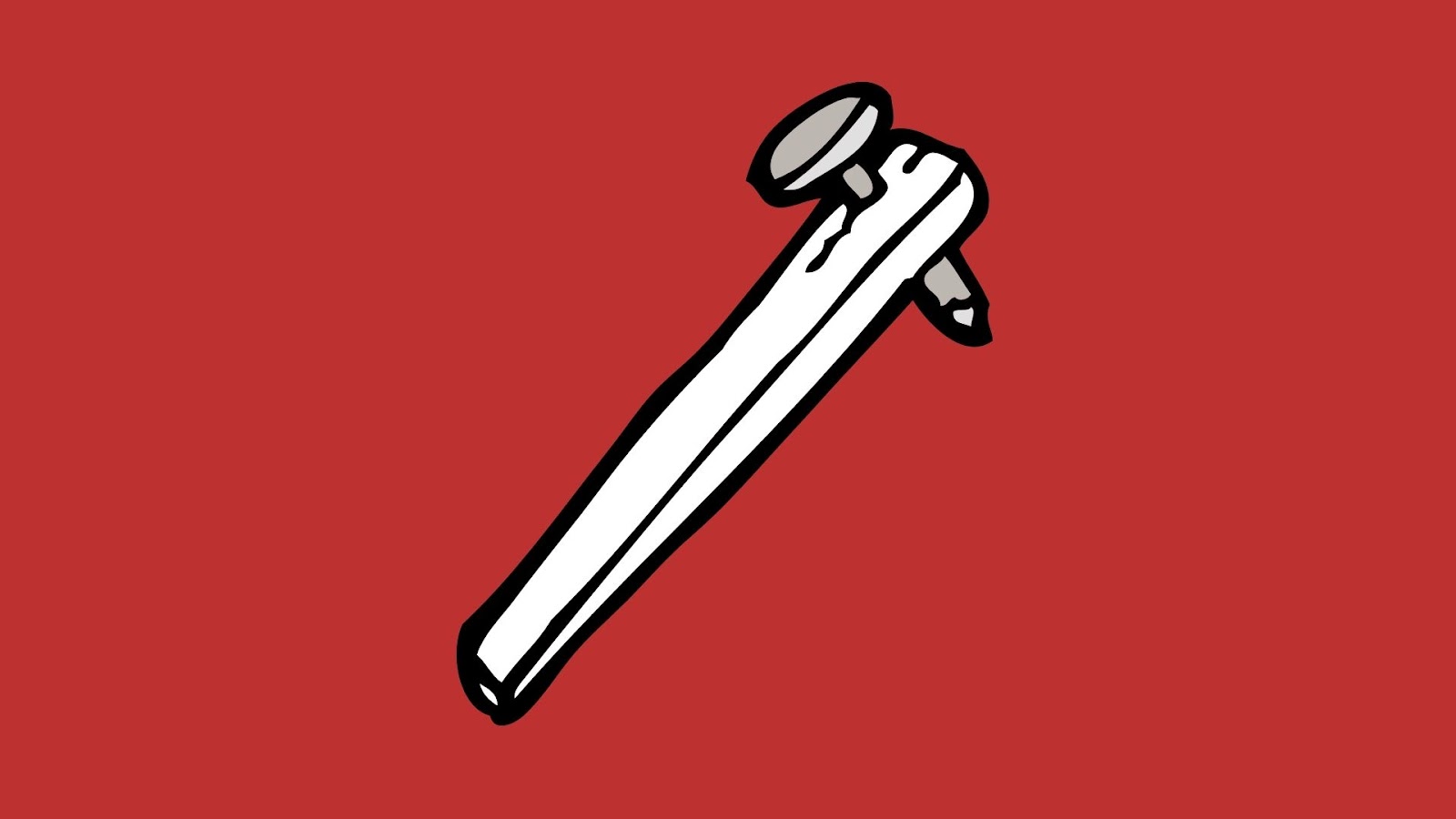 What improvised weapon you can find in a Target would you use during a zombie invasion? Chris Seeds of Bridge Logistics weighs in. What would you use?

In supply chain and want to spin the Wheel of Stupid Questions? Just let me know and we’ll see about getting you on WHAT THE TRUCK?!?

Or simply look up WHAT THE TRUCK?!? on your favorite podcast player.
All FreightWaves podcasts can also be found on one feed by looking up FreightCasts wherever you get your podcasts.

Want a vintage WHAT THE TRUCK?!? shirt? Check out the swag store.

Tags
newsletter What the Truck?!?