Talk about strategic use of campaign funds. Give Durr a roll of duct tape and I’m guessing he’ll solve world hunger.

In the wake of this giant slayer’s Dunkin-fueled short haul to Trenton, I’ve read bushels of tweets to the effect that New Jersey isn’t the only place that would benefit from more truckers in office. And considering the rogues’ gallery that has “led” much of the nation since the closing years of the Little Ice Age, it’s tough to dispute that.

How will Brother Ed actually do in office now that he’s achieved the political equivalent of a palate-cleansing thermonuclear detonation? Beats me and I doubt he’s concerned about the opinion of some peanut gallery resident in Tennessee. But it’s no stretch to imagine that the people competent enough to sustain food (and home furnishing) supply chains throughout the pandemic would be an improvement on the ne’er-do-wells they’d replace.

What I don’t buy is the notion that the unassuming Durr is a novelty act riding a wave of voter mischief. Plenty of people with a lot more name recognition have thrown their Stetsons in the ring, whether earnestly, as a protest or on a lark. Mostly they flop, and those lacking name recognition to boot usually get beat like a drum even when the incumbent has less charisma than a tub of knockoff margarine. But in this case, a little-known challenger appears to have connected powerfully with voters.

The shot heard round the Garden State summons to mind the not-so-tongue-in-cheek declaration by William F. Buckley, himself an unsuccessful mayoral candidate, that he’d “rather be governed by the first 2,000 people in the Boston telephone directory than by the 2,000 people on the faculty of Harvard University.”

Until events demonstrate the contrary, I’m willing to believe that Buckley and Durr are on to something — even if juxtaposing their names makes them sound like a 19th century watchmaker or high-priced lip balm.

Sen.-elect Durr’s ability to close a deal with anybody who’ll listen has me thinking outside the political box.

Naturally, that guides my thoughts toward Kia — both for price point and because I’m primed for a muscle car after 14 years with the hybrid.

But something in the email bag gives me pause: The South Korean automotive concern, which in simpler times was a “carmaker,” has rebranded. Henceforth, it is a “Sustainable Mobility Solutions Provider.”

Great. Now I feel duty-bound to ask Joe Blow salesman — or is it Joe Blow transportation facilitator and life coach? — to take me onto the lot and show me the new and used sustainable mobility solutions.

I sure hope this, um, fresh focus has percolated down through the ranks. Because if Joe didn’t get the memo, waltzing in muttering that sort of lingo will earn me dumb looks or directions to a Hoveround dealership.

(Remember how “Bernice, 75,” and “Joy, 94,” hawked that particular breed of mobility solution while doing their hovering perilously close to the rim of the Grand Canyon? You wonder if the dynamic duet was hoping for a well-timed gust of wind so they could go all Thelma and Louise and hover their way out of that dumpster fire of an ad.)

This tendency toward, shall we say, absorbing wordplay seems to be gaining popularity.

Am I cynical for suppressing a yawn every time some Jack and Jill who didn’t buy their irritable beagle/Pomeranian mix at a puppy mill defensively refer to the beast as a “rescue”?

I know, I know, it’s a term of art on the animal adoption circuit, but it sure sounds like heroic wording for something akin to what five minutes ago was the not noticeably courageous act of “gettin’ a dog at the pound.”

If the critter wasn’t lying unconscious in a cave that was filling with water, and you didn’t need rope ladders to reach it, and neither Jimmy Dean nor his proteges wrote “Big Bad John” (or “Big Bad Gina” or an equally stirring ode) to memorialize your bravery, how much “rescuing” did you and the facility housing little Penelope or Butterbean do?

It’s enough to drive a man to run for office. 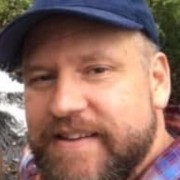