Gross domestic product (GDP) is the most commonly referenced metric of economic activity and is tracked by economists, market analysts and politicians to gauge the strength of economies. It measures the final value of all goods and services within an economy in a given period and serves as the broadest measure of total production and output.

Why shouldn’t I use GDP to gauge the freight outlook?

The overall GDP number is not very useful when looking for insight into freight conditions in the economy. The U.S. economy is dominated by the service sector, which includes segments like health care, education and financial services. These areas make up over half of all of the economic activity in the U.S. but do not play a significant role in freight movements in the economy. As a result, as long as the service sector is healthy, the U.S. economy can continue to grow even if the production and transportation of goods is stalling.

How should I interpret the GDP?

Due to the strength of the service sector, the total GDP growth figure is likely to misrepresent the state of the freight economy. That does not mean that the GDP figures should be completely disregarded, however. The details within the GDP release contain valuable information about the flow of goods in the economy, and a breakdown of the components of GDP can help create a better understanding of how the various areas of freight perform during any given quarter.

What components of GDP should I care about?

Goods-adjusted GDP looks at private final goods demand in the economy. It excludes services and non-tangible goods from the calculation and does not exclude imported goods.

The broader goods-adjusted GDP values give a better representation of freight activity in the economy by looking at the demand for goods. Other factors should be considered when looking at the freight market, such as inventory trends and government activity. Still, the final demand for goods is a good starting point for understanding freight volumes during any given period. In addition, a look at the various components of goods-adjusted GDP will illustrate what areas of the freight economy are driving overall volume performance. 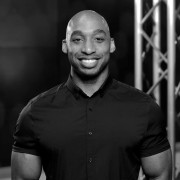 Before FreightWaves, Anthony received his Bachelor’s and Master’s degree in Economics from New Mexico State University. Anthony started his career off in tech as a Commercialization Associate where he identified and evaluated emerging technologies and innovations. Anthony transitioned to a Corporate Economist & Consultant where he advised CXO leaders and Fortune 500 companies on economic analysis, industry trends and internal strategy. Anthony’s clients varied from construction, trucking, industrial, software, manufacturing and retail industries. Anthony most recently worked in-house as a Corporate Economist for a building products company. He led analysis around M&A, pricing sensitivity, competitive intelligence and annual sales forecast for the executive team.