Fastfrate announced the acquisition on Tuesday and said it will boost annual revenue by CA$120 million ($94 million) in 2021. The deal adds 13 terminals and final-mile hubs in New York and Ontario, Quebec and Manitoba in Canada.

It comes amid a wave of acquisitions in the Canadian trucking and logistics sector since the start of 2021 – the largest being TFI International’s (NYSE: TFII) $800 million deal to buy UPS Freight. On Friday, cross-border carrier XTL announced its first acquisition in history, buying Quebec temperature-controlled trucking firm Transport Savoie. This came a week after Titanium Transportation Group announced it had acquired International Truckload Services, nearly doubling its size.

Fastfrate said the addition of ASL, which delivers more than 2 million packages per month, opens up new growth opportunities.

“Each company in our group brings its own specialization to complement and strengthen every facet of our customers’ supply chain. This latest addition of ASL not only greatly enhances our ability to serve final-mile and e-commerce segments but allows both Fastfrate and ASL customers to benefit from a greater national network,” Ron Teppe, executive chairman at Fastfrate Group, said in a statement.

ASL’s management team is reportedly staying with the company. “Our working relationship dates back over 30 years. … We’ve engaged strategically to utilize the skills and capacities of each organization over the last few decades to engineer better logistics solutions for our customers,” Cole Dolny, president and CEO at ASL, said in a statement.

Fastfrate wades into US cross-border trucking after Bestway acquisition 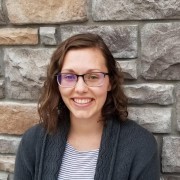 Alyssa is a reporter at FreightWaves. After graduating from Iowa State University in 2018, she left with a double major in Marketing and Environmental Studies. She covers stories related to sustainability in the freight industry. She is passionate about all things environmental and even became a certified Ski Instructor while enjoying the beauty of Colorado's Rocky Mountains.

Mundi raises $7.8M to help Mexican exporters shipping to US