What’s happening? — Freight has become an attractive target for ransomware syndicates. These gangs hold company systems hostage and threaten to leak data if payment isn’t made. In a little over a year major players in logistics like CMA CGM, Forward Air, Daseke, TFI International, TQL, as well as TruckStop.com were breached. In 2017, Maersk was hit with the most devastating cyberattack in history at the time. NotPetya ended up costing the liner $300 million.

“Cyber intrusion attempts have doubled since the beginning of COVID-19,” Port of Los Angeles Executive Director Gene Seroka  told me last month, sharing that the port is now recording as many as 44 million intrusion attempts each month.

The cost — The global cost of ransomware attacks has escalated from $8 billion in 2018 to $20 billion in 2020, with that number only expected to grow according to Cybersecurity Ventures. The average attack now costs a business $4 million.. Gangs are making money too as 36% of victims have offered to pay; however, 16% say that the thieves never returned their data. If you can’t trust an anonymous internet hacker gang, who can you trust?

The fires of Hades — On Dec. 15, Forward Air was struck by the Hades ransomware gang. The carrier provided few details about the attack, but noted that it impacted both operational and information technology systems, Nate Tabak reported for FreightWaves. What is even more troubling is that Forward Air wasn’t caught with its pants down. “Just six to eight weeks ago, we did a comprehensive role play that was customer facing on the assumption of if we go dark, what do we do?” Forward Air Chairman and CEO Thomas Schmitt said in an interview with FreightWaves’ John Kingston.

An example of Hades ransom note.

How to stop it? — A Gartner analysis of clients’ ransomware preparedness shows that over 90% of attacks are preventable. This means developing a comprehensive cybersecurity program as well as training staff to understand ways in which they can help prevent putting the company at risk.

Should you pay? — Most experts, including the FBI, say no. Ransomware attackers will simply use the money to proliferate their wares and there is no guarantee that the company will restore your data or that they won’t attack again. However, when it is your company under siege, theory may give way to resolution.

“The idea of not paying is good in theory. But if you’re doing hundreds of thousands of dollars in revenue per day and you can’t get it fixed, it may be cheaper to pay them,” a trucking executive told FreightWaves on condition of anonymity.

“You don’t want to be part of the next Ponzi scheme or next theranos [sic].”

Project44 vs. FourKites — Freight’s visibility titans are headed to court after a series of delays. The legal dispute will move forward at a status conference in front of Judge James Snyder of the Circuit Court of Cook County next month, according to FreightWaves’ John Paul Hampstead. The suit stems back to April 2020, when project44 sued FourKites for defamation and civil conspiracy

Return to sender — Allegedly, two emails in 2019 that were sent to project44 board members and employees from anonymous Gmail accounts were tied back to FourKites by their IP addresses. One email sent to project44’s CRO read, “At some point you have to stop selling sh*t and start delivering. You don’t want to be part of the next Ponzi scheme or next theranos [sic].” The other email stated that project44 had “rampant accounting improprieties” and used connections to the “Chicago Mafia” to silence employees.

A clue — Apparently, Liz Holmes’ Theranos debacle is the gift that keeps on giving as it may have inadvertently helped nab the senders. Both Gmail accounts included references to the disgraced founder’s former company. The suit also claims that the phone number used to set up one of the Gmail accounts is listed as an official FourKites phone number on documents filed with the SEC.

The defense — FourKites’ outside counsel, Scott Gilbert at Polsinelli, doesn’t think the case has merit. The company says that it isn’t defamation because it doesn’t involve a third party and was only sent to the defamed. It also said that the emails “have no precise and readily understood meaning, much less one that is per se defamatory.”

Drones take off in US

UAS in the USA — The skies have been cleared for widespread commercial drone use after the FAA released new regulations on Monday, Eric Kulisch reported for FreightWaves. The new rules allow for package and cargo delivery as well as full integration into U.S. airspace.

“Automated vehicle experts and policy-makers have warned that developers will take production overseas if U.S. regulations for commercialization don’t keep up with technology advancements, a development that would deprive the U.S. from reaping huge economic benefits as a leader in a rapidly growing market,” says Kulisch.

The skies the limit — Opportunity is huge in this space as drones are growing faster than any other segment in transportation. In fact, there are already over 1.7 million registered drones in the U.S. manned by 203,000 certified pilots. Now that regulation has cleared the industry for takeoff, these numbers should grow exponentially.

Practicality in motion — In the past, drones have been hampered by regulations that have limited use cases for the unmanned aircraft systems but the times they are a-changin’. Amazon was recently granted licenses to carry packages beyond sightlines, while BNSF is petitioning the FAA for a waiver to allow drone use over long distances. Companies like Wing, Flytrex and DroneUp have already started delivering prescriptions and COVID-19 tests with their whirly birds. 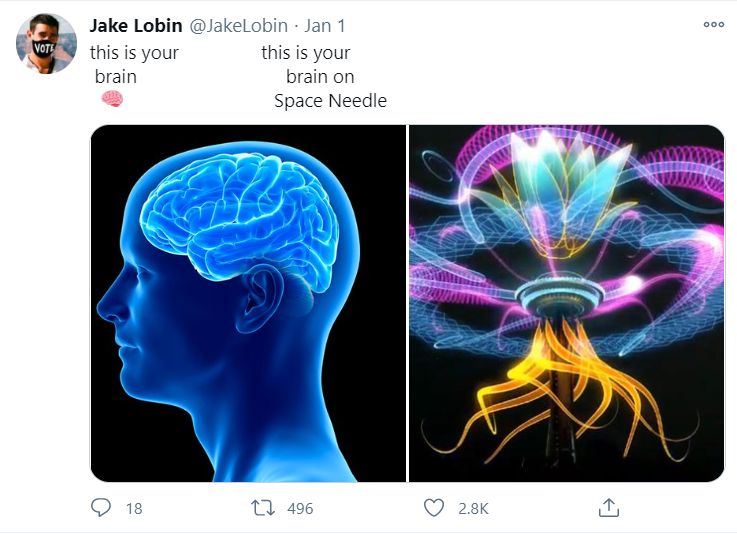 Blinded by the lights — When nearly all global New Year’s celebrations went socially distanced or virtual, London and Scotland brought out the drones to create a spectacle. Although Seattle’s Space Needle display did look like it was conjured up by “Spider-Man: Far From Home’s” Mysterio, the event was not actually performed by drones — but we just got a little bit closer to opening the door for even more dazzling possibilities for drone use.

Moving to their own beat — You may have caught Boston Dynamics’ dancing robots viral video in which the most impressive part was how it somehow made the nightmare-inducing robot dogs … cute. But if you look at it as a celebration of all things robots, you wouldn’t be wrong. In fact, the global warehouse robotics sector was valued at $3.5 billion in 2019 and is expected to reach $6.8 billion by 2025, FreightWaves’ Linda Baker reports.

“Among the select group of people who had a banner year in 2020 are founders of warehouse robotics startups, who saw venture capital investment in warehouse automation shoot up more than 50%,” Baker wrote.

Coming up — Fetch Robotics CEO Melonee Wise joins us on WTT?!? Wednesday, Jan. 20 at noon ET. “Just as Salesforce connected CRMs to disparate systems in the software realm,” she said, Fetch is starting to do that in the automation realm.

Three days a week— Starting next week WTT?!? will be LIVE Mondays, Wednesdays and Fridays at 12 p.m. ET on FreightWaves.com, FreightWavesTV, FreightWaves LinkedIn and Facebook and on demand on podcast players everywhere.

Jan. 13 — The Dude and I have booked a star-studded lineup for our launch show.

Steve Case, chairman and CEO, Revolution LLC — Case has done it all, from being the godfather of social media as AOL CEO/chairman in the ’90s to his work investing in early and growth-stage startups as chairman and CEO of Revolution LLC. Talking to Case has been a dream of mine since I first stuck an AOL CD-ROM in my 386DX Compaq back in 1995.

Mark Wiese, manager of Deep Space Logistics, NASA — What will deep space logistics look like in 2021 and beyond? Wiese shares with us NASA’s goals for space commercialization and how such lofty aspirations have incredibly down-to-Earth uses.

George Abernathy, president, FreightWaves — Our proud president joins us to talk about FreightWaves’ goals for 2021 and he’ll shed insight on how he thinks this year will play out inside and outside of Freight Alley.

Friday at 12 p.m. ET LIVE — Let’s start 2021 off with fresh ideas and new money. On this episode, we’re talking about ways to get paid in 2021, either from the inside as an executive or from the outside starting your own business. But money is nothing without giving, so we’ll also look at ways of turning excess inventory into charity. Plus, we’ll talk pricing power, all of the latest freight news and we’ll probably spin the wheel of stupid questions a time or two.

Matthew Mottola, co-founder and CEO of Venture L, author, changemaker and freelance futurist — Mottola has transformed today’s leading companies. At Microsoft, in joint partnership with Upwork, he built the Microsoft 365 freelance toolkit, bringing Microsoft from nascent to an industry leader in under two years. Today he’s the founder of Venture L, the leading platform for freelancers who want to earn more money working fewer hours and doing the things they actually enjoy doing.

Wasim Munayyer, president, Munayyer Group — Munayyer is all about guiding recruits up the corporate ladder and placing them in executive positions. We’ll learn how and when to search for a spot in the C-suite and if 2021 is a good time to make a move.

Claudia Freed, president and CEO, EALgreen — Freed is a champion of the circular economy. With record e-commerce come record returns. She’ll talk about ways to turn excess inventory into charity.

Catch new shows live at noon ET Mondays, Fridays and Wednesdays (starting 01/13) on FreightWavesTV, FreightWaves LinkedIn and Facebook or on demand by looking up WHAT THE TRUCK?!? on your favorite podcast player.

You quit your job to work as a theme park character at Disney, who are you? STORD co-founder/CTO Jacob Boudreau answers.

Want a new WHAT THE TRUCK?!? shirt? Check out the swag store.

Tags
What the Truck?!?

Going around in circles — WHAT THE TRUCK?!?

Who runs the FreightTech world? Girls – WHAT THE TRUCK?!?