Stellantis becomes first automaker in US to administer vaccinations

I hope I don’t jinx myself when I say this: It looks like the worst of COVID-19 is behind us. There’s no need to describe the impact COVID had on the automotive industry because by now we’re all informed. At this point, the vaccine has rolled out to nearly 24.8 million Americans and counting. The vaccination story is just getting started for the automotive industry with Stellantis becoming the first automaker to administer vaccines to its workforce at its Jeep Cherokee plant in Illinois.

Stellantis opened a health facility last summer with SwedishAmerican Health System, which was the primary reason it was able to receive doses quickly. However, many automakers are figuring out ways to source the vaccine while employees are on standby.

“The biggest issue we’ve really had to date is just access to the vaccine overall,” Dolf Van Amersfoort, vice president of compensation and benefits in North America for Stellantis, told Automotive News. “And I think that’s probably going to be the case for the next few weeks and months until that becomes more available throughout most of the states where we operate.”

Technically, the Equal Employment Opportunity Commission (EEOC) allows employers to require vaccinations. However, automakers, including GM and Ford, aren’t making vaccinations mandatory since it could interfere with an employee’s religion or beliefs. Instead, they’re educating employees on all the benefits of the vaccine. The best thing they can do is build awareness and provide easy access to resources in hopes that workers follow through.

Van Amersfoort is part of a team that the former Fiat Chrysler Automobiles (now Stellantis) built to implement its vaccine strategy and its response to COVID. “Being able to just inform employees of the opportunity to get a vaccine, get them scheduled, provide the location and then eventually administer the vaccine really requires a strong resource network and infrastructure,” Amersfoort stated.

For now, as more assembly line workers and employees await their turn, the same safety protocols will remain in place. That means masks still have to be worn, employees must continue to practice social distancing and additional cleaning measures will remain in place. The faster the vaccine spreads, the quicker the entire industry can finally put the virus in the rearview and focus on correcting inventory.

Consumer preference drives technology and connectivity innovation in new vehicles. Automakers should be listening to the voices of consumers to identify what matters most to drivers. If automakers aren’t listening, then they’ll waste precious time and money on software/technology that won’t be utilized. I came across a great example of an automaker placing the needs of the customer at the forefront of design that maximizes vehicle usability.

Let’s look into the thought process behind Ford’s F-150.

For nearly five decades now, the F-150 has been the nation’s top-selling pickup truck. As a matter of fact, just recently the F-150 won the 2021 North American Truck of the Year. Ford spends a massive amount of time (1,000+ hours) and effort researching the various ways customers use their trucks, hence the long list of accolades the truck receives. For the 2021 model specifically, the Blue Oval hit the road and traveled across the U.S. visiting a variety of construction sites, cattle ranches, farms, etc. in order to identify ways Ford could better serve customers. Here’s what Ford researchers found:

Tying it back to today. The biggest lesson that can be derived from Ford is to not shy away from investing in research and development. Sure, the cost upfront may seem daunting, but if implemented properly, R&D benefits the entire industry by solving customers’ needs. We know EVs are already in the automotive space. We know that autonomous driving is beginning to come to fruition. We know on-board processing power and data flow capacity need to improve. We know that a new electronic architecture is evolving to support the growing amount of software usage in vehicles. And yes, we know that these issues will eventually be solved. But what are we doing today that will benefit the industry tomorrow? Manufacturers and suppliers who let others innovate and don’t find creative solutions to the increasingly complex needs of the automotive industry will eventually fall behind. Invest today to lead tomorrow.

Like what you just read? Join the community! Sign up for Transmission to get the latest insight, news and analysis regarding the automotive supply chain: https://freightwaves.com/subscribe 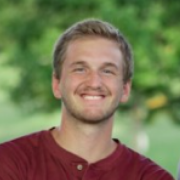 IKEA to electrify last-mile delivery in Canada with Lion Electric

Tune in to the Net-Zero Carbon Summit to hear industry experts discuss strategies to decarbonize the transportation sector.