When the gig economy became a reality, people quickly started speculating about how it would impact the ways individuals earn money. Now that it’s a major part of today’s society, there’s no question that it changed income-earning. Not all the differences are positive, however, particularly for workers in the trucking industry.

Most gig economy brands operate through app-based platforms. People who want to participate in it – as either truckers or individuals who need the services of truck drivers – use apps to specify their capabilities or requirements and connect with customers. That arrangement likely gives those customers more access than they had before.

However, it also makes it harder for independent truckers to stand out from the competition. Customers who use gig economy apps for trucking services may only look at a couple of factors about a particular driver, such as rates and star rating. Thus, if a person has years of experience in the trucking sector but only started using these apps a couple of months ago, it may take months or years to build a respectable star rating.

The traditional ways of getting work in the trucking industry allow customers to weigh numerous factors when determining whether to keep working with a trucking professional. However, throughout the gig economy as a whole, people are far too often reduced to being names on a screen, accompanied by statistics such as their quality ratings and how long they’ve used the platform.

Some of the information shown to those who use gig-based apps may match a person’s experience. But it’s also possible that someone who only started in the trucking industry could beat an individual with decades of expertise based on the limited information an app typically shows. This reality means truckers may have to go above and beyond to establish relationships with new customers and prove there’s more to what they offer than a star rating.

A person in the gig economy has to pay for things an employer might’ve covered if the individual was a traditional employee.

One such worker who transports furniture and drives from Los Angeles ports to railway stations pays for necessities including parking, diesel fuel, maintenance and truck rentals. He says those expenses average about $900 per week and often leave him with a so-called “negative paycheck,” especially during slow weeks.

That trucker is an independent contractor, so he has no choice but to foot the bill for those work-related expenses. Another problem associated with being a self-employed contractor is not qualifying for workers’ compensation if they get hurt and can’t work.

A study published in 2018 about injuries among long-haul truckers found that arm and back problems were the most frequently self-reported problems among that segment of workers. Back injuries can be debilitating, and truckers are especially likely to strain that area of their bodies since they sit in one position for hours at a time.

But if a trucker who’s a part of the gig economy gets hurt in a situation usually eligible for workers’ compensation, he/she can’t claim it because they are a contractor, not an employee.

The most straightforward way to avoid paying thousands of dollars in hospital bills is purchasing health insurance. But of course, that is an additional cost a person may get assistance with when working for a traditional employer. Truckers must also estimate and track non-health-related expenses, then determine if the outcomes are worth bearing to be a part of the gig economy.

The legislative landscape for gig workers is uncertain

Many gig workers in California got a shock when Assembly Bill 5, often abbreviated AB-5, set new requirements for determining if a person is an independent contractor or an employee.

For example, a portion of AB-5 said freelance writers, cartoonists and editors could not produce more than 25 pieces of content per outlet unless the respective client hired them as employees.

California truckers began wondering what AB-5 could mean for them. Two of the state’s truckers, along with the California Trucking Association, filed a lawsuit to argue that AB-5 did not apply to self-employed truck drivers.

In mid-January 2020, a judge issued an injunction to block trucking companies from regulating independent drivers under AB-5. The ruling clarified that the Federal Aviation Administration Authorization Act (FAAAA) preempts AB-5, and the FAAAA largely disallows state regulation of interstate motor carriers. However, the decision is only temporary, and a final judgment must yet occur.

It doesn’t help that several other states are considering laws similar to AB-5. California truckers are in the clear for now, but will things in that state – as well as others – change later? Only time will tell. Concerned truckers may consider taking legal action or attending protests to express their views.

The gig economy can have damaging effects

It should now be clear to truckers that working in the gig economy may not be a smart career choice. They must weigh the pros and cons and know what they’re getting into before finalizing any decisions. 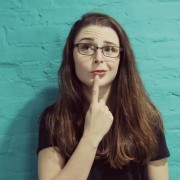