After nearly three years of discordant trade talks between the U.S. and China that have stifled growth and investment in both nations while sending financial markets into a frenzy, the U.S. and China have finally reached ‘phase one’ of a trade agreement. This first phase was signed by both parties on January 15th. The agreement was billed as the first phase of a broader trade pact between the U.S. and China, but many were still left wondering if the Trump Administration is completely finished with its attempts to rewrite the trade relationship with China.

Critics of the agreement were also quick to point out some key points that the trade agreement was missing. Many claimed the agreement did not sufficiently address key U.S. accusations against China for what has been labeled as state-backed hacking of American companies and government institutions, nor did it require China to curtail its state subsidies that have been a driving force in the rapid growth of China’s unique form of capitalism – as well as funding many Chinese multinational corporations. The Trump Administration addressed these concerns directly by stating that the U.S. would cover them in ‘phase two’ of the trade agreement, but in the meantime, the U.S. would maintain tariffs on roughly two-thirds of Chinese imports for what President Trump has declared necessary leverage to get the Chinese to agree to further reforms.

The official document signed by both parties on January 15th was titled the “Economic and Trade Agreement the United States of America and the People’s Republic of China.” The document included eight total chapters that were dedicated (in order) to the following topics:

Chapters 1 and 2 focus on guidelines for China to do more in its efforts to crack down on the theft of trade secrets by its companies and state-backed entities from American companies. This has been a major point of contention in trade ties between the two nations. Chinese companies such as Huawei have been accused of stealing trade secrets from major U.S. companies like Apple. With a thriving tech sector that already contends with some of the most advanced U.S. tech companies, this will likely be one of the most difficult to monitor and enforce. In fact, some Chinese companies are arguably already more technologically sophisticated than many U.S. companies. It also begs to question how enforcement will occur, since China has such an incredibly heavy hand in the technological infrastructure that is required to be utilized when doing business in China. Either way, the agreement states that within 30 working days, China will develop and articulate an Action Plan to address and enforce violations of intellectual property rights. Then, the agreement states explicitly that the U.S. already has these protections in place, and “that its existing measures are consistent with its obligations.”

The next few chapters commit China to a huge spending spree of $200 billion on U.S. goods over the next two years to assist the U.S. in closing its massive trade deficit with China. This is arguably one of the most important pieces of the trade deal for President Trump, as he claimed during much of his 2016 campaign that China was “ripping off” the U.S., and that he could make a deal that would help decrease the large trade deficit between the two nations. At the signing of the agreement, President Trump reminded Americans (who are headed into election season) that, “This is a very important and remarkable occasion,” and that negotiating favorable terms with China and fixing the failures of past trade deals was “probably the biggest reason why I ran for president.” He added, “Together we are righting the wrongs of the past.” With the 2020 election cycle upon us, this will be a key point for President Trump to make sure that he has followed through with what he promised those Americans who voted for him.

The last major chapters in the agreement are primarily focused on creating guidelines and enforcement procedures that will prevent China from manipulating its currency to gain an unfair advantage. By devaluing its currency, China has been able to boost its exports and gain what the U.S. sees as an unfair advantage against American business competing in the global marketplace. The agreement explicitly addresses guidelines from the International Monetary Fund (IMF) that China must follow that require the nation to refrain from the forms of currency manipulation that it has been accused of in the past. Along with these points in the agreement, it is important to note that the Chinese have been utilizing the People’s Bank of China in many of the same ways that the U.S. has utilized the IMF and World Bank in the past; by making strategic loans to countries for infrastructure developments that are largely contracted to Chinese multinational corporations at interest rates that are difficult to repay.

Most business groups broadly welcomed the trade agreement, and took it as a sign that the U.S. and China are looking to pursue a period of peace in trade policy. However, with import tariffs remaining on two-thirds of Chinese goods, many of these same business groups were advocating for the U.S. and China to begin steps toward ‘phase two’ of the trade pact. The U.S. Chamber of Commerce responded to these calls by stating that it believed it was critical to begin negotiations on the next phase “as soon as possible.” President Trump reiterated these claims by stating, “As soon as this kicks in we’re starting phase two.“ He then added, “I will agree to take those tariffs off if we’re able to do phase two; otherwise we don’t have any cards to negotiate with.” 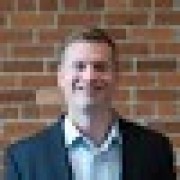